Fishing out at the Metolius has been good

Fishing out at the Metolius has been good. Last week there were some killer blue wing olive hatches. This week they’ll likely continue given the cool and wet weather. All fishing above Allingham Bridge is closed. The predominant hatch out there is the blue wing olives, on the right day, it’s almost like a blanket hatch. There are still a few golden stones around so a stimulator may hold potential. October caddis are also here and there, the pupa are definitely good for nymphing. Baetis nymphs are super important, especially in the eddies and above Gorge Campground. Various different stonefly nymphs are good, remember that stoneflies can be as small as a size 18 - 20 and as big as a size 4, there is no reason to limit yourself to only fishing a size 12 golden stone. We’re getting close to whitefish spawning and the kokanee are still dropping eggs, bring your egg patterns, they have potential. Bull trout fishing has been productive with nymphing, they’ve been a bit warry around streamers as of late. Whether you’re throwing size 18 blue wing olives or chucking big streamers, we hope you’re treated with great fishing on the Metolius this week.

East Lake: You can definitely feel winter moving in up at East Lake
South Twin Lake: The Twin Lakes are getting chilly
Deschutes River- Lower: The trout are definitely hungry down on the Lower Deschutes

The final days at Crane were fantastic! 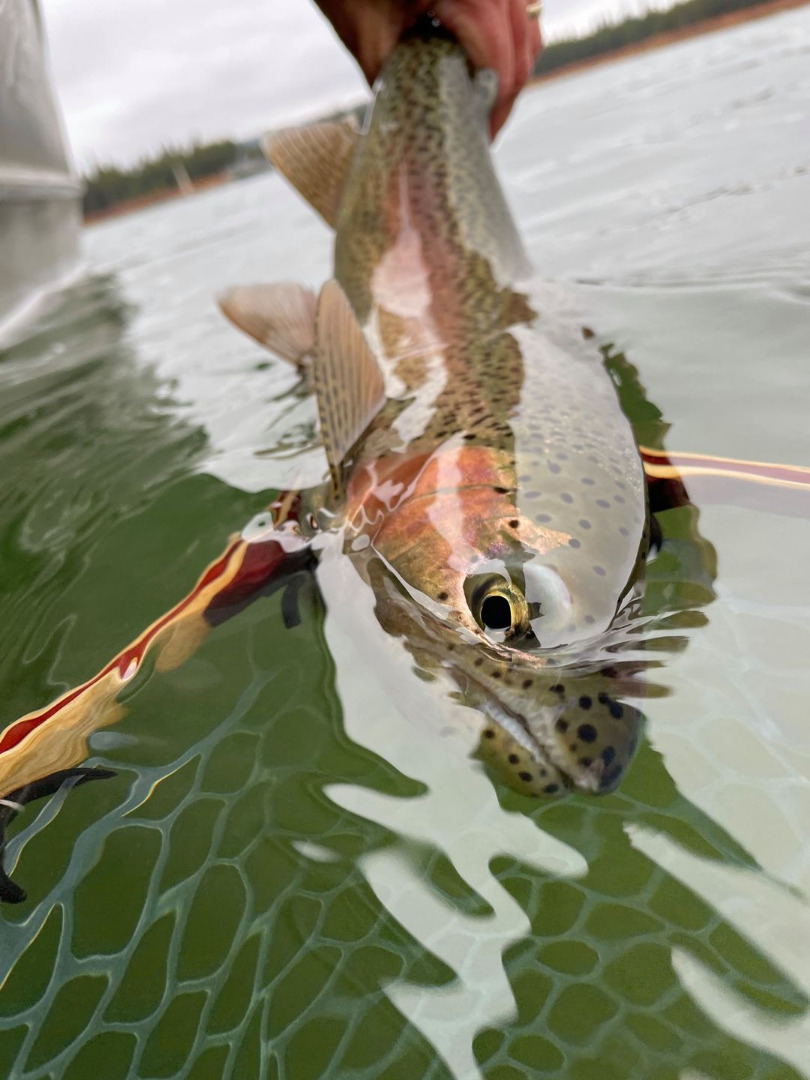