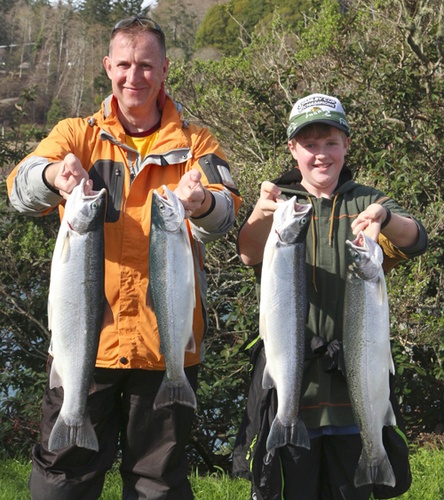 The Chetco River fished quite well last week with the river maintaining between 1,500 and 1,800 cubic feet per second. The upper river holes were running quite clear but surprisingly some of the lower runs, say from Loeb State Park down to Social Security Bar were colored up enough for a few drift-boaters like Andy Martin from Wild Rivers Fishing to nab his fish by side-drifting orange Puff Balls-and-roe setups.

Now the river has risen to the occasion once again and is expected to top 7,000 cfs this weekend. Just wait for the river to drop and clear from a muddy brown to either a slate-gray or an aqua-green appearance and be prepared to clobber the steelhead by plunking number 4 Spin-N-Glos in the colors flame chartreuse (stop-and-go) with white wings, egg fluorescent with white wings, and when the river clears, pink pearl with white wings.

This is the time of year when the river has both incoming fresh steelhead and spawned-out downers heading back to sea.

With the great fishing that has been occurring, expect the river to be plugged with winter steelhead.

Because of their slender, almost snake-like appearance, downers are also called down-backs, snakes, tubes and gunnies. Personally, I like to let all the downers go because in my opinion they do not make the best table fare.

Downers fight just as hard as incoming steelhead, sometimes more, and they are quite aggressive when they bite. If you see a gunny floating down the river, if you throw anything near it, you will often see it turn tail and make a beeline for your lure.

Having expended most of their energy for spawning, down-backs usually take the easy way out whenever possible and will often float down the river on the surface, where they often take on the appearance of a light-colored branch. They will be using as little energy as possible as they make their way back to the ocean.

What many people do not know is that steelhead have the capability of spawning several years in a row, unlike salmon which always die shortly after they spawn. In fact the Chetco holds its own record of sorts when it comes to multiple-year spawning steelhead.

"The most repeat spawning episodes I've read on a steelhead scale came from a fish that had 4 spawning checks and was picked up on its fifth run - and that fish came from the Chetco," noted Borgerson.

Photo Information:
Father and son Mike and Michael Garvey from Marlborough, Massachusetts decided to break away from striper country and travel all the way to Brookings, Oregon to fish the Chetco River with guide Andy Martin of Wild Rivers Fishing last week. The two limited out on winter steelhead by side-drifting an orange Puff Ball-and-roe setup. 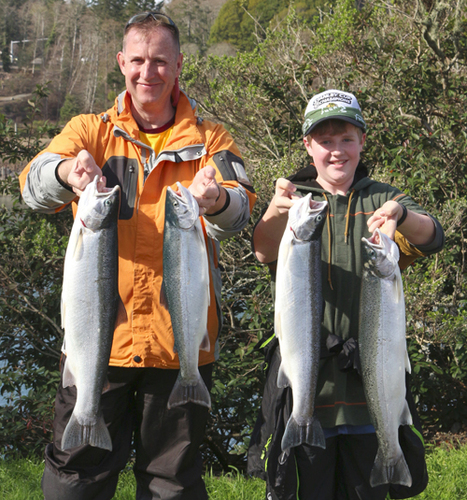 2-19-2016
Every angler loves to think that he or she has it all figured out when it comes to predicting just...... Read More

My Outdoor Buddy (OR) Reports 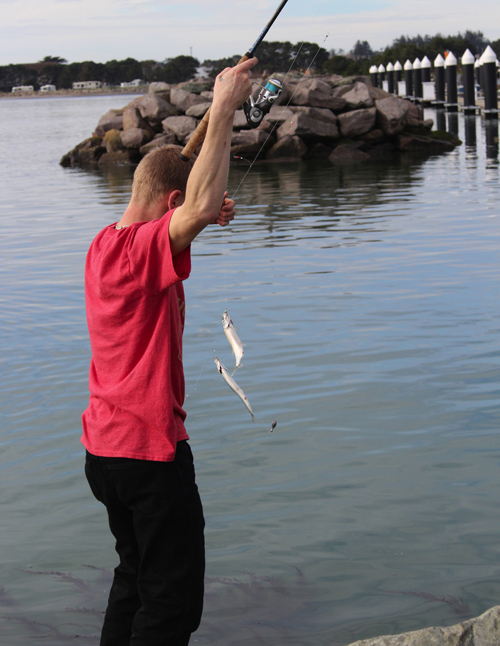