Rivers are expected to go big 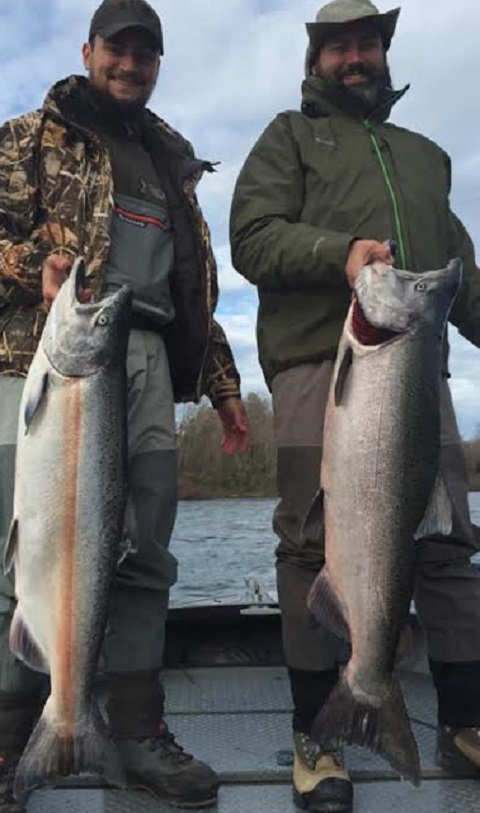 Redding residents Paul Rother, right, along with his son Cody landed a nice pair of Smith River kings on Tuesday. The Smith will likely be the only river in fishable shape this weekend following a series of wet storms forecasted to hit the North Coast sta
Photo Credit: John Klars Guide Service

All of the North Coast rivers, other than the Smith, were running high and dirty as of Wednesday. And the Smith will soon follow suit. The approaching storms, which should hit around dinner time on Thursday, could potentially bring another four to eight inches of rain to the area. If the storms come to fruition, it will be a nice little break at the perfect time.

When (and if) the rivers do drop back into fishable shape, my guess is we’ll see the first signs of the impending winter steelhead run. There’s already been a few caught on all the rivers, but with more high water coming, expect the steelies to start showing in numbers. But don’t give up entirely on salmon just yet. The Smith is still seeing fresh fish coming in daily and there should be some smaller spurts of fish coming into the Chetco, Eel and Mad.

Weekend weather and forecast
After a brief break, the next round of storms are forecasted to roll through starting Thursday afternoon according to Reginald Kennedy of Eureka’s National Weather Service. “Thursday’s system could drop up to a couple inches in the Smith basin and roughly an inch in Humboldt. Friday is going to be the wettest day of the holiday weekend, with up to four inches falling to the north and three and a half inches falling in the Mad/Eel basin. Off and on showers will continue on Saturday, with another 2 inches potentially hitting the ground. We’ll see wide-spread showers on Sunday lasting through Tuesday, with most of the precipitation falling in the mountains. The rain will return on Wednesday and Thursday of next week,” Kennedy added.

Prior to the season opening, commercial fishermen are allowed a 64-hour gear setting period. Crab trap gear can be set no earlier than 8 a.m. on Monday, Nov. 28. Quality tests conducted in northern California in November indicated the crabs are ready for harvest. For more information on Dungeness crab, please visit wildlife.ca.gov/Conservation/Marine/Invertebrates/Crabs

Oregon commercial crab season delayed
Northern California commercial crabbers could soon have some company. In a press release issued earlier this week, the state agriculture officials in Oregon announced a delay to the start of the commercial Dungeness crabbing season statewide due to high levels of domoic acid found in some crabs' flesh. Recreational crabbing in coastal waters from Tillamook Head along the northern coast to the California border was also temporarily shut down. For more info, visit oregon.gov/ODA/programs/FoodSafety/Shellfish/Pages/ShellfishClosures.aspx

Crabs plentiful for offshore anglers
Tim Klassen of Reel Steel Sport Fishing reported some excellent crab scores earlier this week out of Eureka. On an overnight soak, he was getting up to 20 keepers per pot. “We started to see a few more jumbos this week along with plenty of legal sport size crabs. All the crabs are really full of meat,” Klassen added. With extremely rough seas forecasted for the next few days, Klassen pulled most of his gear and is likely done running trips. “The commercial guys could set gear as early as Monday, so we’ll want to give them plenty of room.”

Chetco River
The Chetco blew out on Sunday and will probably be too high to fish until the middle or even end of next week reports Andy Martin of Wild Rivers Fishing. He said, “Before it blew out, salmon fishing had slowed. There were a few bright fish between the North Fork and Social Security, and some fish between Loeb and Ice Box. Above Ice Box, a lot of salmon have already spawned. There should be enough steelhead to make targeting them worthwhile when the river comes back into shape.”

Sixes/Elk
The Sixes has been fishing well when conditions have been good according to Marin. “It has been too high for over a week. The Elk dropped below 5 feet on Tuesday, and a few salmon where caught near the hatchery, and between Iron Head and the RV park. There should still be some bright kings around next week when the Elk drops back into shape.”

Smith River
Salmon fishing on the Smith has been quite a bit tougher since it dropped back into shape on Monday. Scores ranged from zero to two per boat, with lots more zero’s than two’s. We’re likely getting close to the end of the run, but we should know pretty quickly once the river drops back into shape late this weekend. According to the river level predictions, it will be on the high side Monday, but should be driftable. I’d expect a few winter steelhead to be in the mix.

Upper Trinity
According to Steve Huber of Steve Huber’s Guide Service, fishing the past week on the upper Trinity has been a little tougher. “We’re in a transition stage where the older steelhead have started to move down to make room for the fresh ones coming up. We are seeing two to four fish per trip with flies, plugs, and side-drifting all working about the same. With quite a bit of rain in the forecast, we should start seeing more fish move into the system,” Huber added. 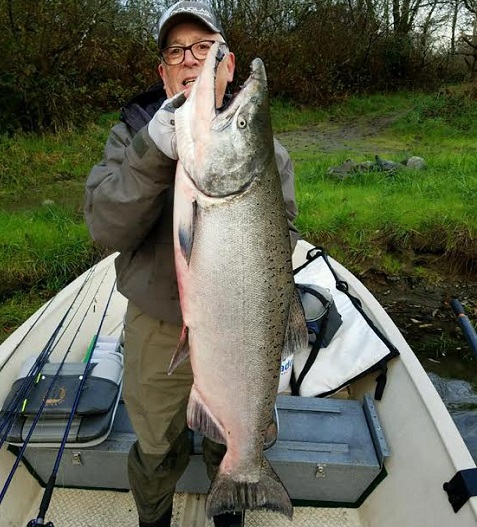 11-17-2016
A series of rain storms moved across the North Coast earlier this week bringing sizable rises to the Chetco and...... Read More 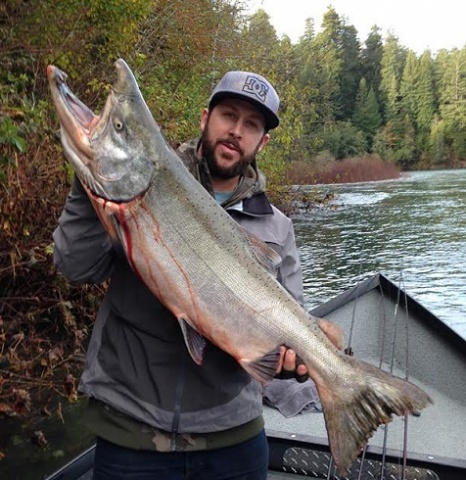 11-10-2016
Rough seas last weekend spoiled what would have likely been a very successful sport crab opener. On Monday, the swells...... Read More