Break in the rain a blessing for steelhead anglers 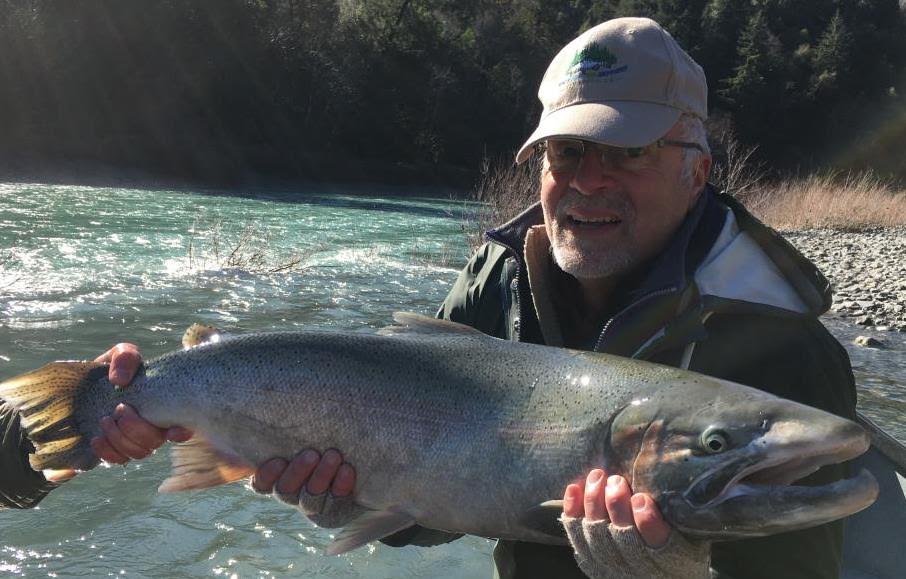 The miracle winter of 2016/17 has been very stingy when it comes to providing us with extended periods of dry weather. I think I can probably count them on one hand. So when the rain relents, even for a few days, you best make the most of it. If the weather forecasters are true to their word, and I mean that with all due respect, a small window is set to open up. Very little rain is predicted to fall between Thursday and next Wednesday, especially south of the Mad River. The South Fork Eel will drop into fishable shape this weekend and the Van Duzen may come into play sometime early next week. Same goes for the Mattole. The Smith should be in good shape by the weekend, and the Chetco should come around by Sunday. With only a few weeks left in the season, it would be wise to take advantage of the next few days as the rivers will be back on the rise before we know it.

The weather ahead
Scattered showers and periods of light rain are in the forecast for the next few days, but it doesn’t look like it will do much to the river levels. “Light rain is in the forecast for Thursday, with the majority falling in the Smith basin,” said Reginald Kennedy of Eureka’s National Weather Service. “The Smith could see up to a half an inch, mostly in the mountain areas. In Humboldt, we’ll see anywhere from a tenth to a quarter. Lingering showers will persist in mountain areas of Del Norte on Friday and Saturday, but everywhere else looks dry. Sunday and Monday are looking dry, but scattered showers are forecasted to return to the Smith basin on Tuesday. By Wednesday, we’ll begin to see a series of storms move in that will stick around through Saturday. It’s a little far out for predictions, but the models are showing two to four inches in the Smith basin and one to three inches in the around the Eel.”

Upcoming events
USCG Boating Class coming March 18
The U.S. Coast Guard Auxiliary is offering a one-day “Boating Safety” class on Saturday, March 18, from 9 a.m. to 3 p.m. The class will be held at the Woodley Island Marina conference room and the cost is $20 per person. For more information and to pre-register, contact Maggy Herbelin at 707-445-2401.

The Rivers:
Chetco/Elk/Sixes
“The Chetco was fishing well at the end of last week before it blew out again over the weekend,” said Andy Martin of Wild Rivers Fishing. “Now it looks like it will be too high to fish through Sunday. Before it blew out, there was a mix of fresh and spawned steelhead and bluebacks. The fish also were spread throughout the entire river. The run is winding down, but with less boat pressure catch rates are still good. The Chetco remains open through March 31.

The Elk and Sixes are still fishing well between storms, but spawned out fish are now outnumbering fresh fish. Generally there are some big steelhead that show up through the end of March, so there will still be decent fishing there for the next few weeks.”

Smith River
The Smith was blown out on Wednesday, but is on the drop and should be in good shape by the weekend reports guide Mike Coopman. He said, “Before this last high water, the fishing was still really good. We’re still seeing more fresh fish than downers, which is excellent for March. That, however, could change once the water comes back down from the last rain. Boats have been averaging three to five hookups per trip, and the fishing pressure hasn’t been bad at all.”

Eel River (main stem)
“The river was headed in the right direction, but yesterday’s rain put the main stem back on the rise,” said Paul Grundman of Rio Dell’s Grundmans Sporting Goods.

“On Wednesday, it was big and muddy. It needs a solid 10 days of dry weather before it will get close to fishable.”

Eel River (South Fork)
The South Fork was at 4,500 cfs on the Miranda gauge on Wednesday, and dropping. It’s predicted to be around 2,000 cfs by the weekend, which should be fishable. The stretch above the East Branch should drop in by Thursday or Friday.

Van Duzen
Flowing at roughly 3,500 cfs on Wednesday, it too is dropping quickly. It’s predicted to be below 1,000 cfs by late Sunday, and should drop into shape by Monday. The wild card is the amount of dirty water coming from Yager Creek as well as all of the snowmelt.

Mad River
“There’s been a lot more fish around this last week,” said Justin Kelly of Eureka’s RMI Outdoors. “The last week to 10 days the fishing has really improved. Most of the action is coming right in front of the hatchery, with the anglers on the opposite side of the river doing a little better. There aren’t many fresh ones around; most have been in the river for a while. The river is currently big and muddy, and looks to stay that way with all the snowmelt and water spilling over Ruth dam,” Kelly added. Ocean kings will be scarce in 2017 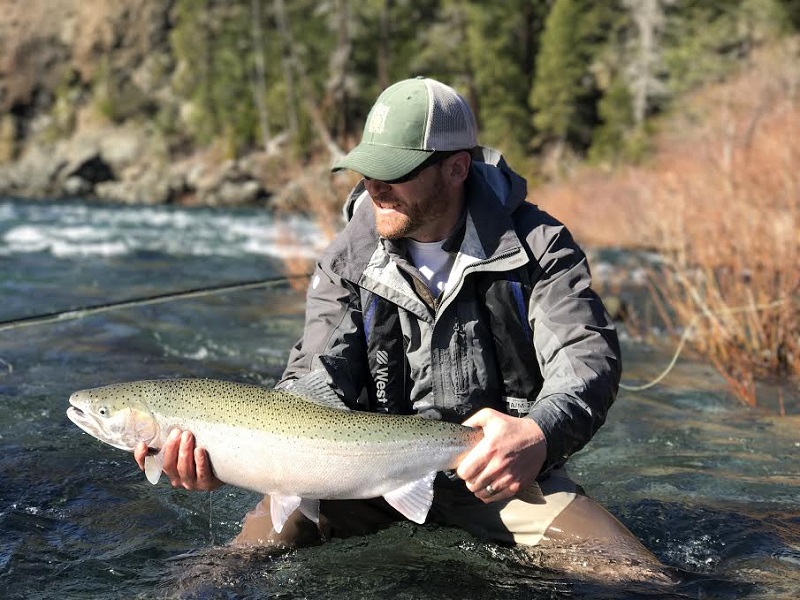 3-1-2017
It appears the five-year drought has finally taken its toll on the Sacramento and Klamath River king salmon. In a...... Read More