Salmon options portend a zero salmon fishery in the KMZ

Jon Connolly from Grants Pass was fishing with his son Bradley last week out of the Port of Brookings Harbor when the two limited out on lingcod, one of which was this hefty 25-pounder. The pair also caught 11 rockfish.
Photo Credit: Larry Ellis

The three ocean salmon alternatives that everybody in the California and Oregon Klamath Management Zones (KMZ) have been waiting for are finally out and listed on the PFMC website (pcouncil.org).

Fishermen were hoping that if they weren't able to fish the Oregon KMZ (from the Oregon/California border up to Humbug Mountain), that they would at least be able to experience some salmon opportunity in the California KMZ (from Horse Mountain up to the California/Oregon border).

For the California KMZ, the three salmon alternatives indicate that their KMZ component will be completely closed this year to the retention of any salmon species for both recreational and commercial anglers.

The options for the Oregon KMZ are not much better.  Alternative I and III calls for a completely-closed salmon season.  Alternative II calls for no Chinook retention, however it does allow for a mark-selective (adipose fin-clip) coho season from June 24 through August 17, or until a landed catch of 20,000 marked coho is attained (whichever comes first).

But because Chinook are frequently caught when fishing for coho (with many of them being of Klamath River origin), and with the PFMC stressing for a zero-impact rate on Klamath River Chinook, I predict that the mark-selective coho fishery will be voted down at the last minute of the PFMC April 6-11 meeting that will be held in Sacramento.  That would leave Oregon with a completely-closed salmon season in their KMZ as well.

The PFMC will also be narrowing down the Pacific coast's three salmon alternatives into one choice for the coast's various salmon-fishing areas at the April meeting.

Lingcod fishing superb
With the weather dying down, the ocean has laid down, enabling more anglers to slay the fatted lingasaur.

March is the month when male lingcod begin moving into the underwater pinnacles and irregular rock formations off the coast of Oregon.  They are guarding the nests made by the females, and where you find one lingcod, you will usually find other toothed warriors.  It is common to find between 6 and 10 males stacked up in one location, each guarding just one female nest.

The males will be the smaller of the two sexes, averaging between 5 and 8 pounds, with an occasional 10- to 12-pounder being caught.

The females are generally larger, averaging between 8 and 25 pounds, and the big girls will often have a bulging gut cavity if it has not yet spawned.

Most of the anglers were catching their lings on herring that they jigged in Crescent City Harbor last February.

Leadfish have also been working well for the lings, but they don't really start to become effective until the water warms up.  Most lingcod will strike a leadfish-type lure as it is sinking, so make sure to fish them purposefully on-the-drop.

5- to 6-inch plastic jerkbaits have also been catching their fair share of lings as well.

Don't forget, it is now a requirement to have a working, functional descending device on board your boat if you are fishing for bottomfish.

In addition to lingcod, various varieties of rockfish have also been caught. I prefer catching my rockfish and lings on the aforementioned jerkbaits.

When the ocean settles down, March is also a great month to catch both striped and redtail surfperch.  Both varieties fight like the dickens.  It is common to find striped surfperch weighing over 2 pounds and it is not unusual to find the redtails weighing between 2 and 4 pounds.

You will tend to find more striped surfperch in the nooks of jetties and around rocky formations, while redtails seem to prefer steep, sloping sandy beaches.

The number one bait hands down are small pieces of raw shrimp, the kind you buy 30 or 40 to the bag in the frozen food section of your local supermarket. 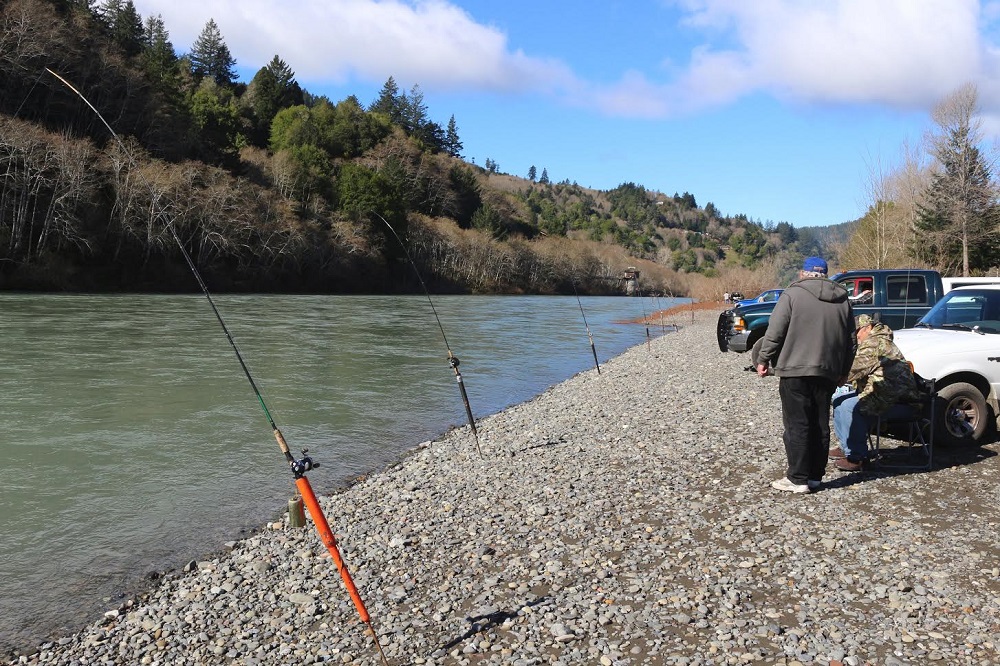 3-11-2017
Richard Heap is currently at a PFMC meeting in Vancouver, Washington, fighting for whatever ocean salmon season he can scrounge...... Read More 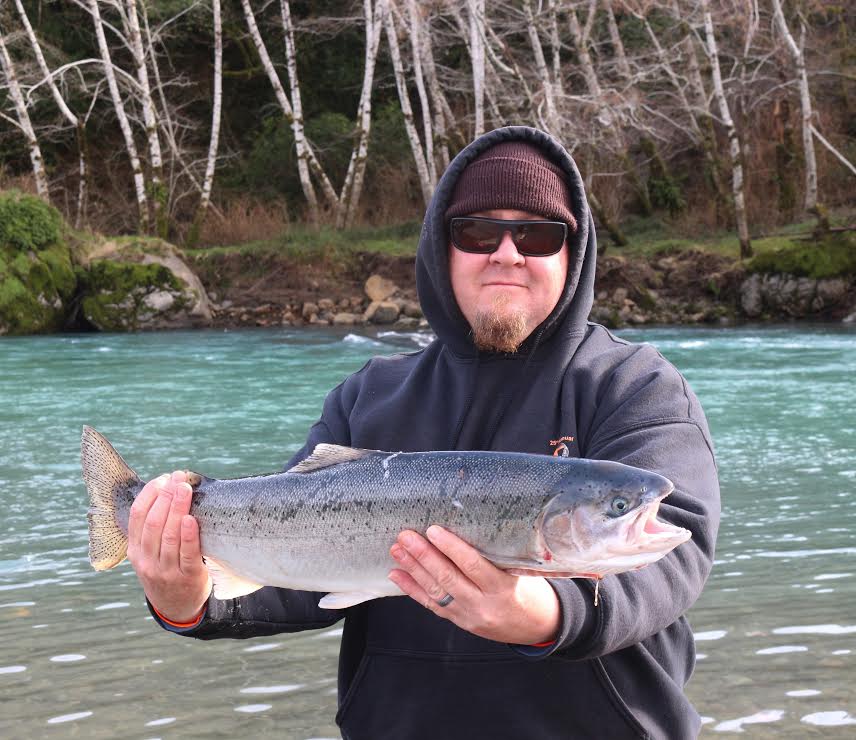 3-4-2017
What is undoubtedly the most-important meeting of the Pacific Fishery Management Council (PFMC) regarding ocean groundfish, Pacific halibut and salmon...... Read More