Salmon advisory subpanel to meet in Rohnert Park this week 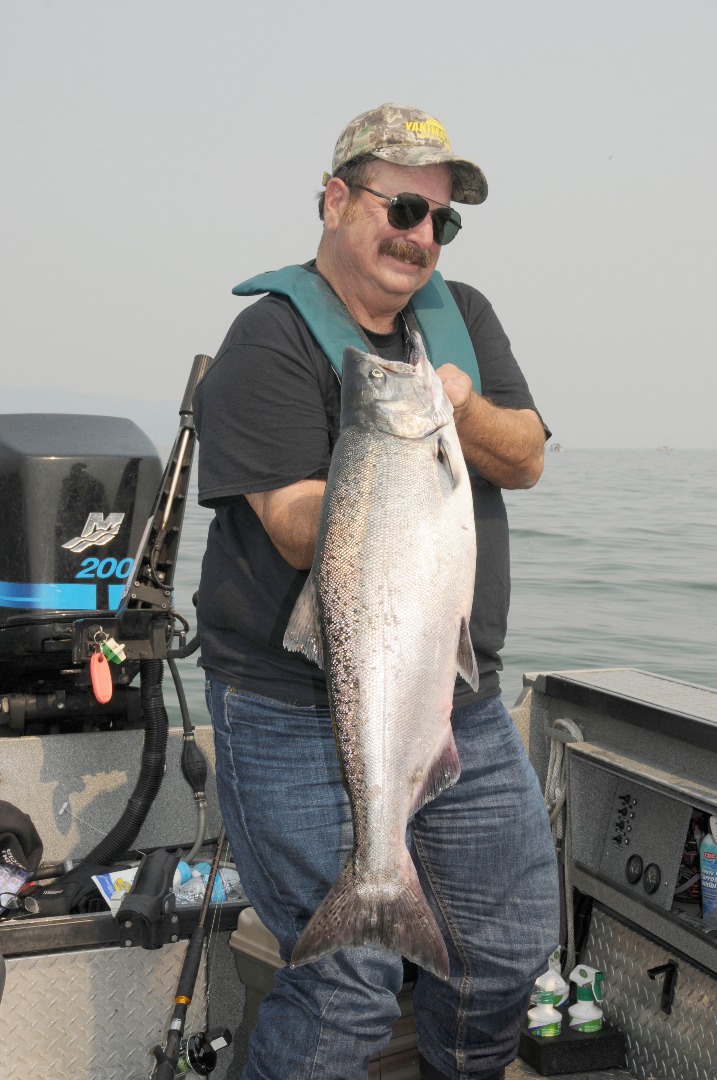 The author holds a Chinook caught in the KMZ.
Photo Credit: Larry Ellis

This is without a doubt, the most exciting time to be a salmon fisherman.  Not because anybody will be fishing at this point in time. It’s the moment of anticipation, when the Salmon Advisory Subpanel (SAS) will be constructing three salmon season options for various regions from Washington to California.

This most important meeting of the year will take place at Rohnert Park, California from March 8 through March 14.

The KMZ is divided into two sections: the Northern KMZ and the Southern KMZ.

The Northern KMZ encompasses an area from Humbug Mountain to the Oregon/California border, while the Southern KMZ consists of the expanse of ocean from the California/Oregon border to Horse Mountain.

This is an area where both Sacramento River and Klamath River fish can be expected to be caught in the ocean.  If one rivers’ fish are not caught, the other rivers’ fish will usually come to the rescue and pick up the slack.

As every ocean salmon fisherman knows all too well, both sections of the KMZ were closed to salmon fishing last year. That was due to the fact that only 54,200 Chinook of KMZ origin were anticipated to be finning their way through the ocean. The Salmon Advisory Subpanel was expecting the sub-par KMZ ocean abundance of fall Chinook to continue for at least one more year.

But what a difference one year can make.

This year, the Salmon Technical Team (STT) is predicting that 359,200 Chinook will be doing the backstroke in the ocean.  That figure is more than 6-1/2 times that of last year’s projection. Of those Chinook, 330,000 are predicted to be 3-year-old kings, while 28,400 fish are predicted to be 4-year-olds.

I know what you’re thinking – the math doesn’t match up, exactly.  The 3-and 4-year olds only add up to 358,400 fish. The answer is that the rest of the fish would be comprised of 2-year olds and 5-year old Chinook. So all-in-all, the figures do match up pretty darned closely.

But the burning question is still, where did all those 330,000 3-year-old Chinook come from?

As it turns out, and this surprised everybody (including scientists on the STT and the SAS), 21,903 age 2-year-old Chinook returned to the Klamath River in the year 2017 as jacks.  This is what every fisherman hopes for. A high return of jacks to a river represents a good season the following year for 3-year-old kings.

So to recapitulate, Klamath River 2-year-old-Chinook represent only a small portion of the fish that remained in the ocean, which this year would be 3-year-olds.

Now take into consideration this year’s 2018 projected run of Sacramento River Chinook, which is 229,400 Chinook.  This projection is only 1,300 fish shy of the previous year’s prediction of 230,700 kings. Will 1,300 Sacramento River fish make all that big of a difference between this year and last year?  I think not.

But be that as it may, those are the numbers that members of the Salmon Advisory Subpanel will be crunching next week – specifically, 229,400 Sacramento River Chinook, and 359,200 Klamath River kings.

The white-hot question is, will the KMZ be getting a salmon season this year at all?

I’m not stepping on that land mine for all the tea in China.

Also remember that the National Marine Fisheries Service warned the Salmon Advisory Subpanel last year that they would have a zero option for any fishery that contacted Klamath River Chinook.

That was, of course, before this year’s surprise projection of 359,200 Klamath River kings.

At more than 6-1/2 times the KMZ projection of last year, you would think that there would at least be some opportunity for a salmon season in this year’s KMZ.

But even though the 3-year-old population of Chinook has skyrocketed this year, there is still an exploitation rate of 16-percent on 28,400 Klamath River 4-year-old kings to consider.

“I’m optimistic that we’re going to get to fish – how much, I don’t know,” said Richard Heap, vice chair of the Salmon Advisory Subpanel and representative for the KMZ. “The issue is going to be Klamath 4-year-olds. If we’re going to be fishing and trying to avoid Klamath (4-year-olds), then we’re going to have to fish early, and not too late into the summer.”

“We’re going to be stuck with that 16-percent exploitation rate on Klamath 4-year-olds – that’s what’s going to be the limiter.  So everything we throw at the wall as far as an idea will be modeled against that requirement, and that’s usually where we end up having to start making some changes.”

We will all have to wait until the last meeting adjourns on March 14 to find out the answer. 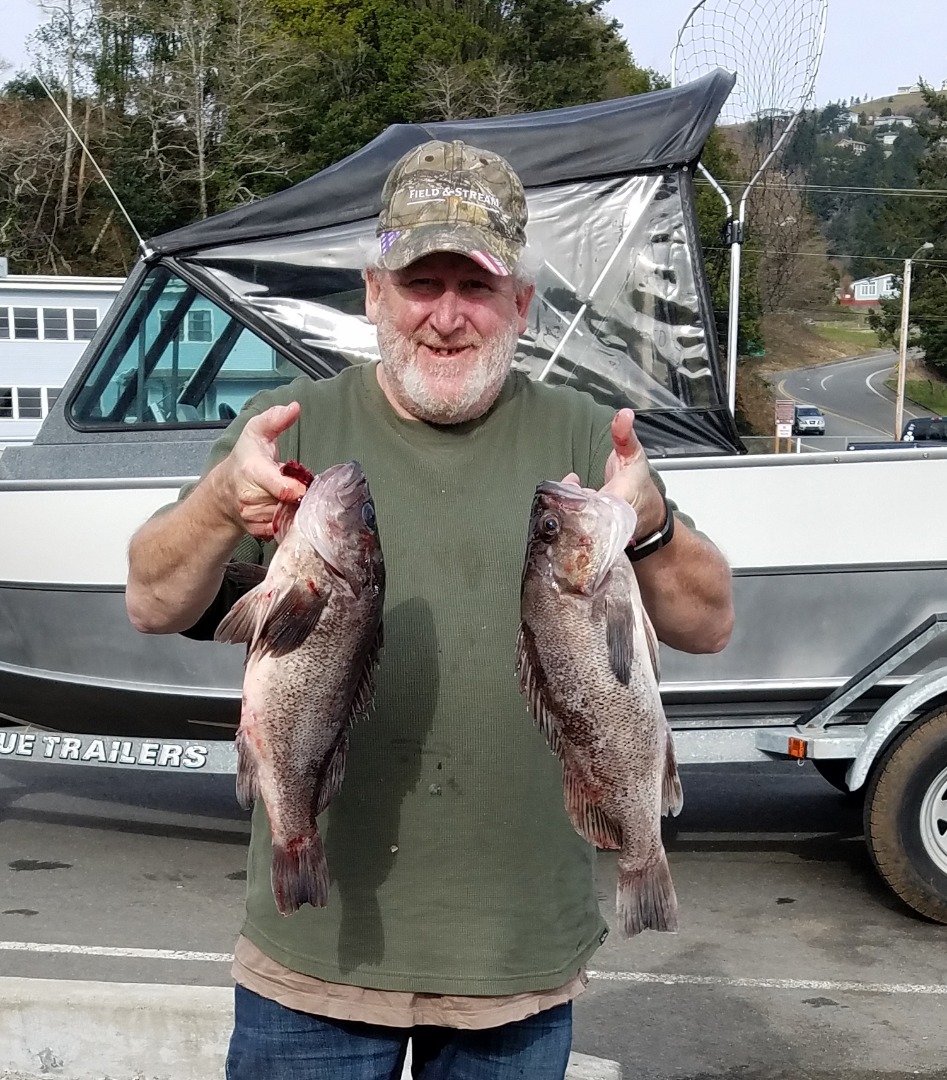 Sparky Bob of Brookings hold 2 of the 5 rockfish he caught along with 2 lingcod he also caught on a glassy-flat Tuesday morning out of the Port of Brookings Harbor.
Photo Credit: Larry Ellis 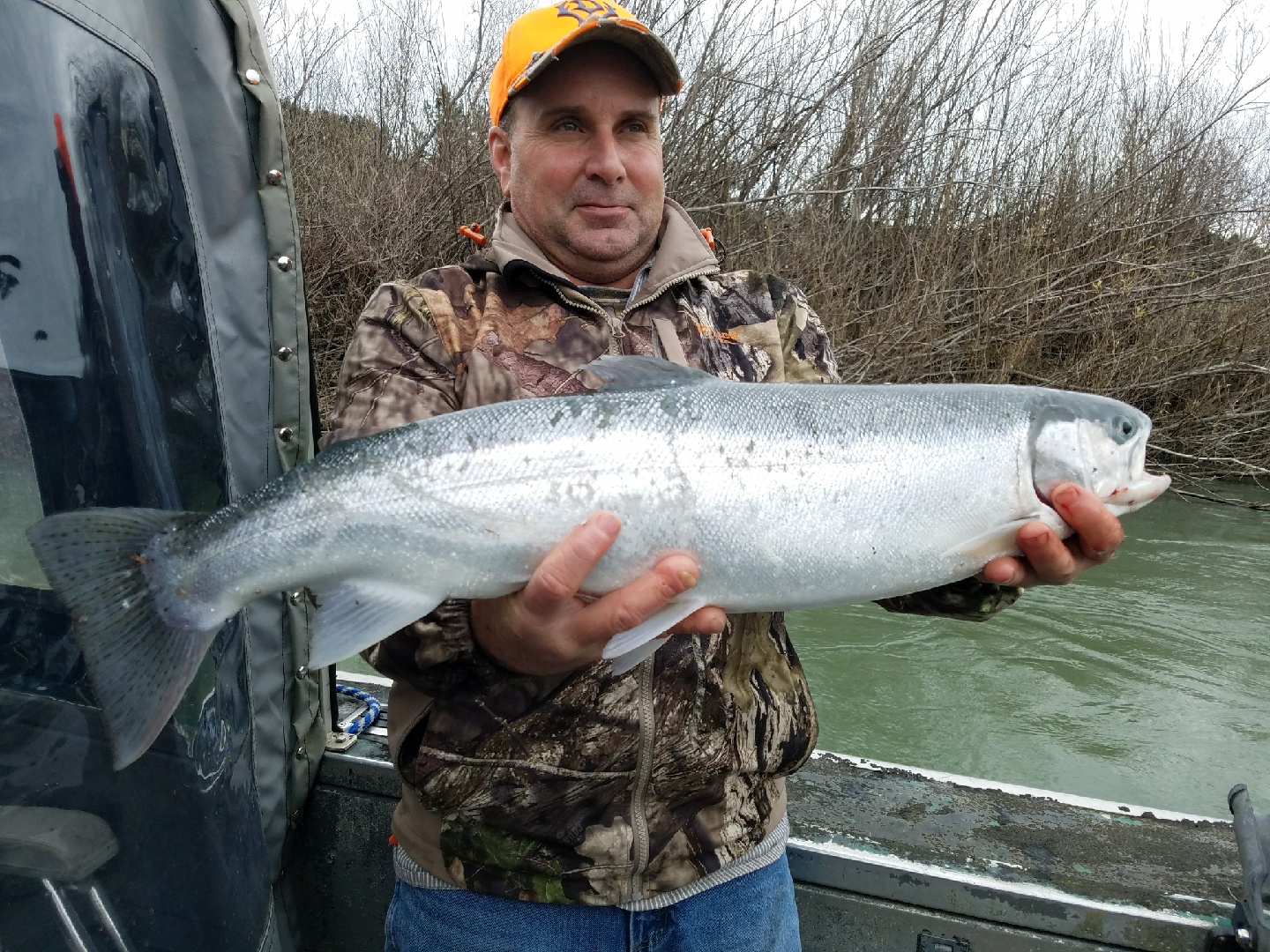 3-3-2018
There is no doubt that the unseasonable variability of rainfall this year has affected the intensity of angling and fishing...... Read More

Saltwater Species Continues to be the Main Draw 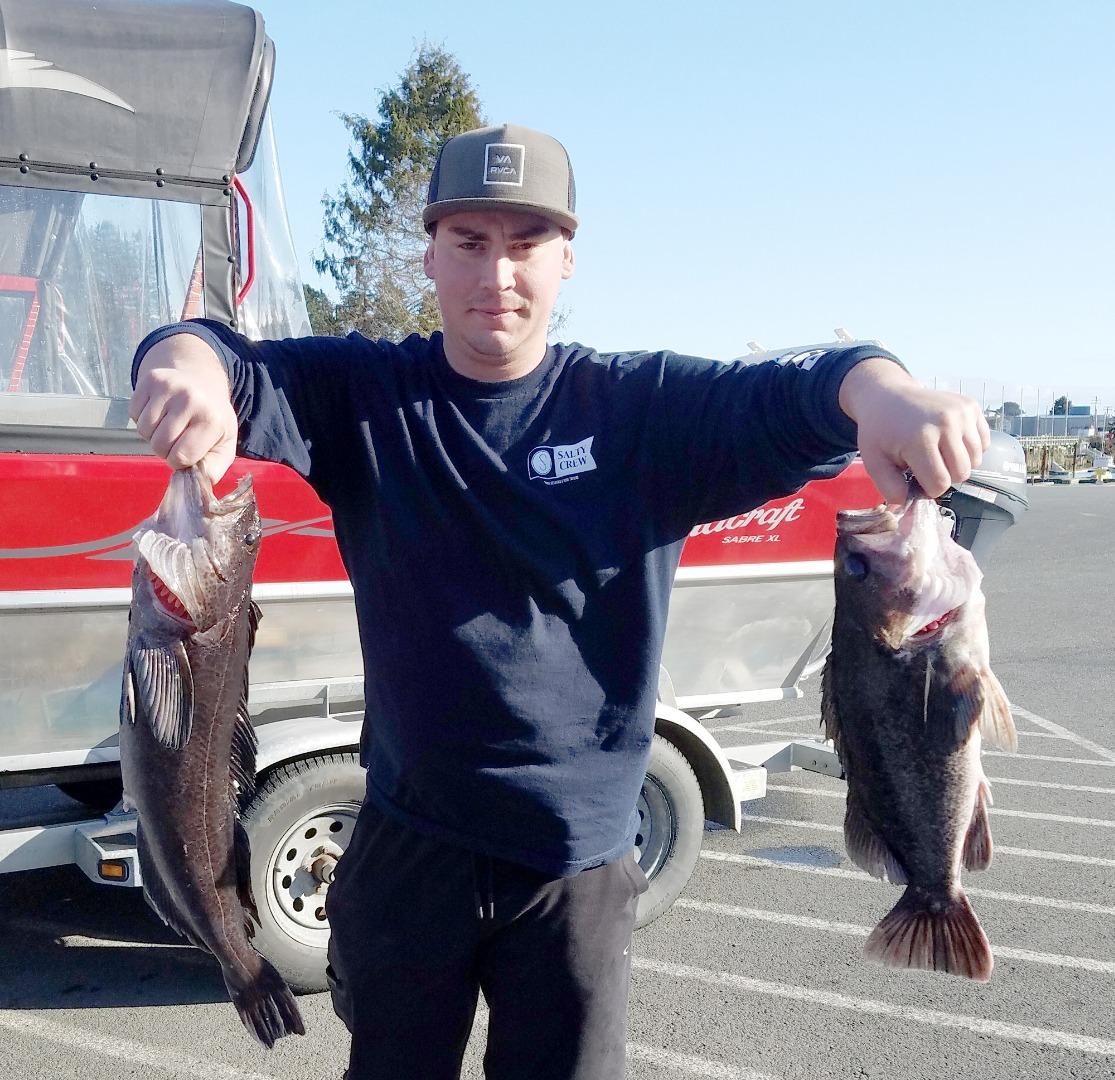 2-24-2018
Once again, the humming of electric fillet knives were vibrating the cleaning tables with reckless abandon last week at the...... Read More