Rain could put an end to steelhead season 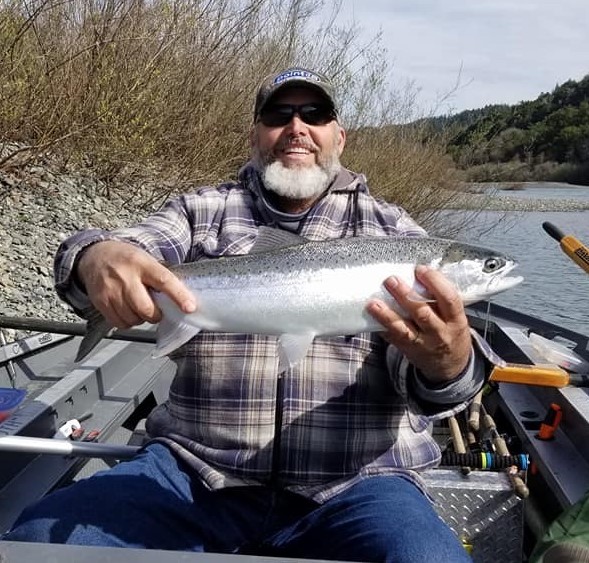 Larry Jonas of Brookings, Ore., holds one of two steelhead he caught and released March 20 while fishing with guide Rye Phillips on the lower Chetco River. Photo courtesy of Rye Phillips.

Other than the Smith and Chetco, all of the coastal rivers are currently running a little high and off color. And with more storms barreling their way towards the North Coast, the end is in sight for the winter steelhead season. The barrage forecasted for the weekend is predicted to turn the coastal rivers into raging muddy messes. And with plenty of snow in the hills still left to melt, it’s likely the rivers won’t clear in time prior to closing for the season. These late-season rain and snow storms may not bring much joy to the anglers, but they’re a godsend for the fish. The extra water will go a long way in helping the steelhead reach their spawning grounds and also provide a helping hand for the juvenile salmonids as they begin their journey down to the saltwater.

So as we head into another rainy and snowy weekend, it could be over for the South Fork Eel, Van Duzen, Mattole, Mad, Redwood Creek, and the Chetco, which all close after March 31. The Smith will remain open through April, and the main stem Eel is open year-round. It would be nice to get a couple more days on the river, but I’m not holding my breath.

Weather ahead
More rain and snow is forecasted for the next few days, but the weather looks to improve following the weekend. “It’s going to be fairly wet overnight Wednesday into Thursday morning,” said Ryan Alward of Eureka’s National Weather Service. “We could see up to an inch and a quarter at the coast and two to four inches in the mountains, with snow falling above 7,000 feet. A cold front will move in on Thursday night into Friday morning, adding another quarter to half-inch of rain. Snow levels will drop to 2,000 to 2,500 feet. More rain is expected through Friday night, where Del Norte could see up to two inches and we could see an inch in Eureka. Another system will arrive on Saturday afternoon, which could dump another half to an inch of rain in the hills. Showers will linger into Sunday morning, but after that we’re looking dry. So far all of next week is looking sunny.”

Freshwater Lagoon trout plants
Mad River Fish Hatchery has begun its springtime planting of Rainbow Trout in Freshwater Lagoon. The first plant occurred the week of March 4, with approximately 4,000 trout released. Plants are scheduled for every Sunday in March. For more information, visit dfg.ca.gov/FishPlants or call (530) 225-2146.

The annual HASA fundraiser dinner will be held Saturday, April 14, from 6 p.m. to 9 p.m. The popular event will be held at the Arcata Community Center, 321 Dr. Martin Luther King Jr. Parkway in Arcata. Tickets are $25 for adults and $10 for children under 12. Food will be provided by Ramone’s and some great items will be auctioned and raffled off. Each ticket will get you a HASA annual 2018 membership as well as entry into the door prize. Dinner, auction and raffle tickets are available from any HASA board member or from the following Eureka merchants: Pacific Outfitters, Englund Marine, Bucksport Sporting Goods, and W&W RV & Sporting Goods. For more information, email hasa6191@gmail.com or visit http://humboldtasa.com/event/hasa-2018-annual-fundraising-dinner-auction/

The fishing tournament begins at sunrise with the check-in deadline at 2:00 p.m., prize presentations will begin at 3:00 p.m. with the fish fry beginning at noon. The fish fry fundraiser is open to the public and admission is only $10.00 for adults and $5.00 for juniors. Children 6 and under get in free. Adult fishing tournament entry is $20.00 and junior entry (under 16) is $10.00. Tournament day registration is available at the Peninsula Elementary School in Samoa beginning at 6 a.m. or your entries can be purchased at Mad River Tackle in Arcata, Pacific Outfitters, Englund Marine, or Shafer’s Ace Hardware in Eureka. For more information, call (707) 443-9042 or visit samoafire.org.

The Chetco dropped back into shape over the weekend and fished well, with a mix of fresh fish and downers according to Andy Martin of Wild Rivers Fishing. “Guides drifting the upper river reported four to six fish a day, while boaters on the lower end caught two to three a day. Most of the lower river fish are still fresh. Rain will likely blow the river out by Thursday. The Elk and Sixes fished well at the beginning of the week according to Martin, with some guides getting close to double-digit hookups. There are still plenty of fresh steelhead. “A few spring salmon were caught Monday on the lower Rogue, where fresh hatchery steelhead also are being caught. This week’s rain will probably bring in more springers,” added Martin

Smith River
The Smith has been at a fishable level since the weekend, but reports have been hard to come by. Most of the anglers have put away their steelhead gear for the winter, but the Smith is a real good option if you haven’t got your fill. It’s predicted to blow out on Thursday, jumping to 16 feet on the Jed Smith gauge by the afternoon. If the predictions are right, it should fish again early next week.

Eel River (main stem)
Running at 10,000 cfs on Wednesday and predicted to peak at 34,500 cfs on Saturday afternoon.  It will need at least a couple weeks of dry weather before it drops into fishable shape.

Eel River (South Fork)
As of Wednesday, flows were 2,400 cfs on the Miranda gauge and likely fishable above Benbow. That’s all forecasted to change with the rain beginning Wednesday night that will push the flows up to 9,600 cfs on Sunday. It’s going to have to drop quickly for it to be fishable before closing next Saturday.

Van Duzen
Hovering just above 1,575 cfs, as of Wednesday, it’s also predicted for a big rise on Thursday. Flows are predicted to be back down to 1,900 cfs by Monday, but snow melt will likely keep it from turning green prior to closing next Saturday.

Mad River
The Mad is still a little high and off color reports Justin Kelly of RMI Outdoors in Eureka. He said, “The fishing pressure is pretty minimal, it looks like it’s done for the year. The ladder was turned off on Tuesday, and we’re going to see a big rise on Thursday. With all the snow melting, it probably will remain off color through next week.” The Mad will close to fishing after next Saturday, March 31. 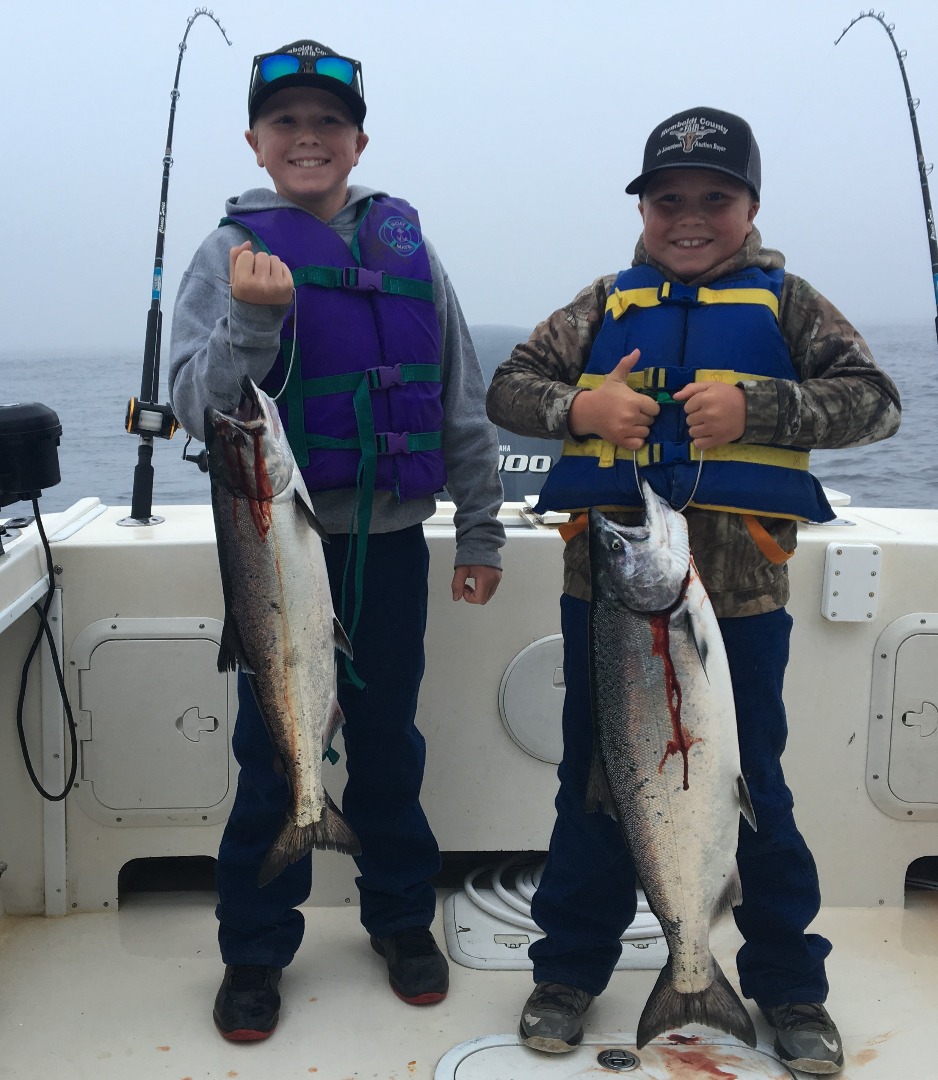 3-15-2018
In a process that had more twists and turns than San Francisco’s Lombard Street, the Pacific Fishery Management Council (PFMC)...... Read More 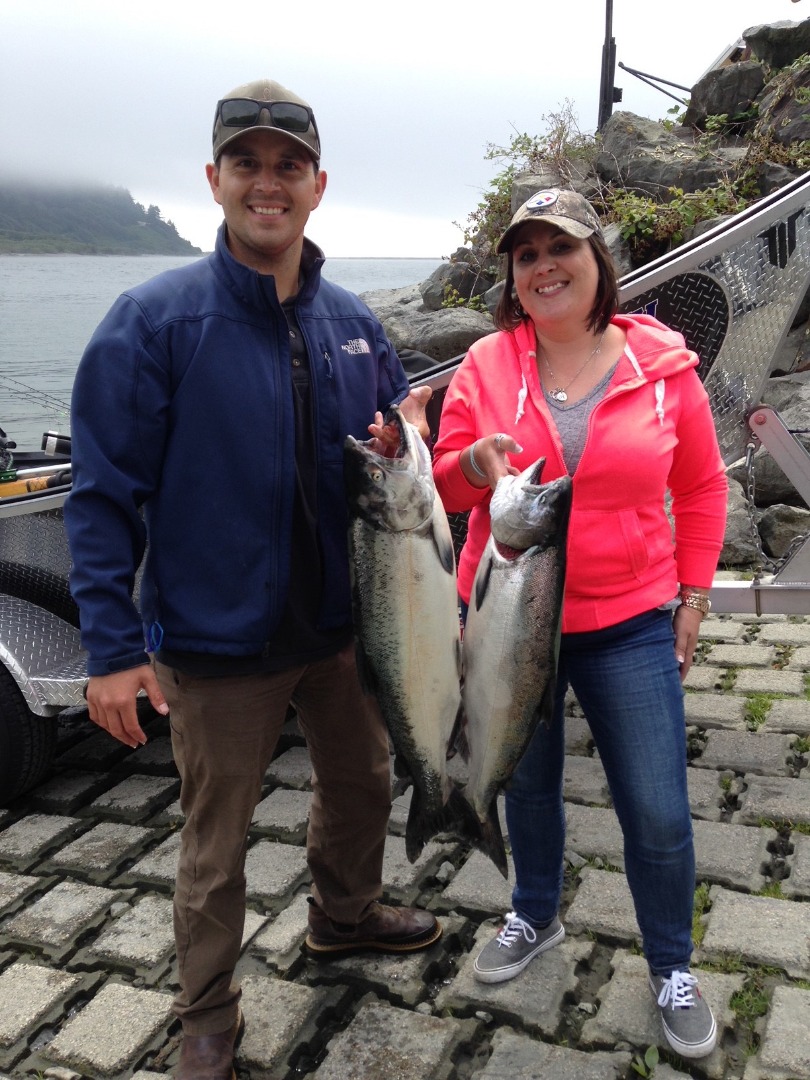 3-8-2018
The ocean abundance numbers are in for the Klamath and Sacramento Rivers, and the reviews are mixed. The Klamath stocks...... Read More