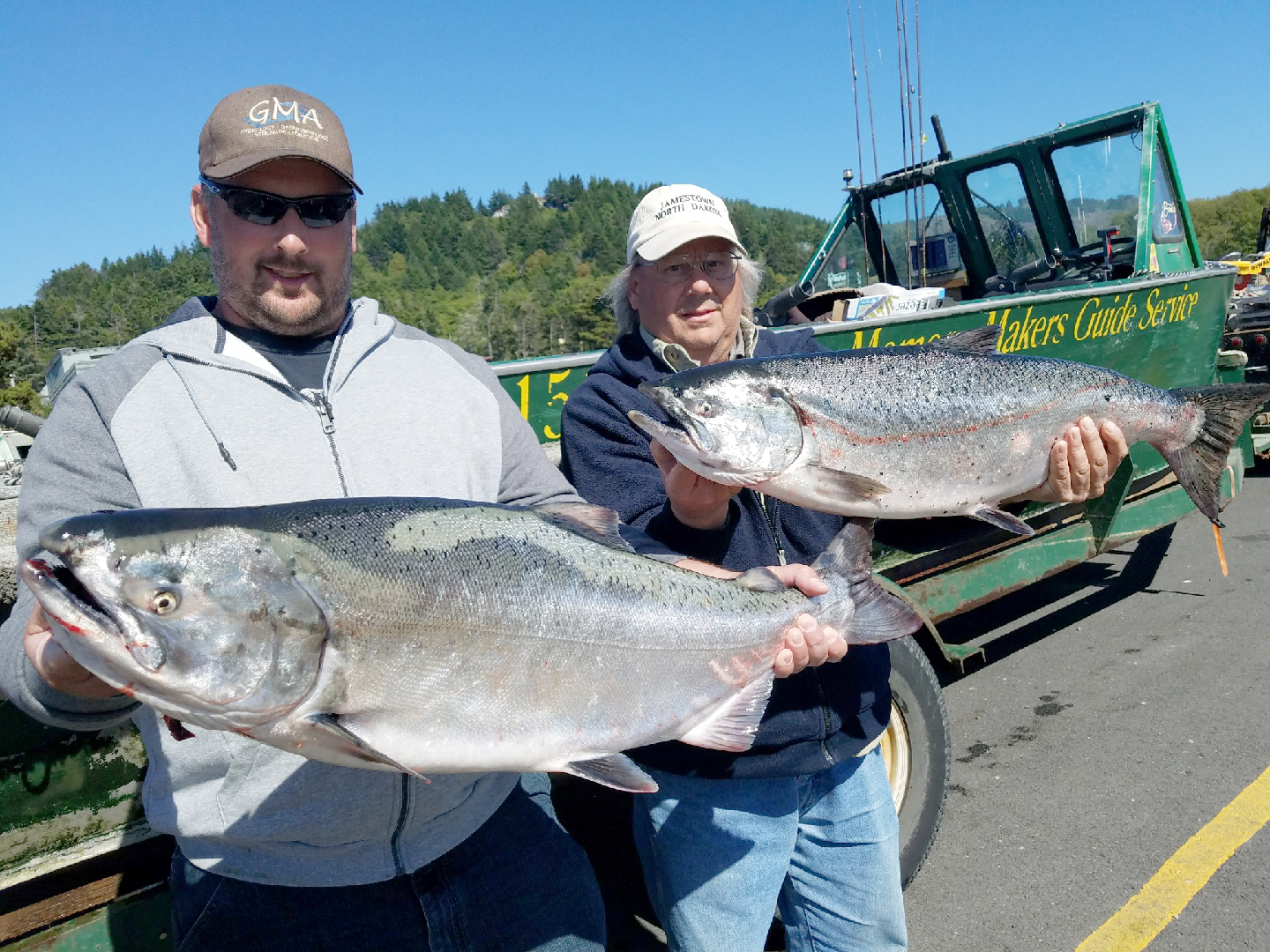 When deciphering the legal mumbo jumbo in the Oregon Fishing Regulations pamphlet it is akin to becoming a rocket scientist who practices law.

For instance, in the ocean, anglers are only allowed to use two barbless hooks when fishing for salmon.

But in certain waterbodies such as the lower Rogue River and bay, the aforementioned 2-hook, barbless rule can be thrown out with the baby’s bathwater. It doesn’t necessarily have to make sense; it just is what it is.

But great guides like John Anderson, as good as they are, are still faced with landing slightly less than 50 percent of the fish they hook up.

But guide John Anderson of Memory Makers fame seems to have found a way of increasing his salmon hookup-to-landing ratio.

“I’m running a new setup, but I don’t know whether I should share it with you or not,” joked Anderson; or was he? “I had three guys on board today and all three got a fish.”

Basically Anderson has been running a 3-hook setup on his spinnerbait/anchovy rigs, and his landing ratio has increased significantly because of it.

A 3-hook baitfish rig isn’t new to the industry. It’s like a regular 2-hook sliding spinnerbait rig.  But John adds a third hook trailing on the end and calls it a stinger. In Anderson’s case, it has been the stinger hook that has been hooking most of the fish.

He got his idea from a fellow who had an underwater bullet camera.

Anderson then made a rig similar to his 3-hook cut-plug rig.

John’s landing hookup-to-landing ratio went up from under 50 percent to almost 90 percent using the 3-hook rig.  But he always makes room for the standard 2-hook spinnerbait setup just in case the bite goes 180 on him.

So how are other local guides and sporting goods store owners looking at fishing the Rogue bay at this time?  It’s definitely better than the week before last’s bite – and progressively getting better every week.

“We had our second biggest day the day before yesterday,” said Jim Carey, owner of the Rogue Outdoor Store in Gold Beach. “I had two guides tell me we were at 19 or 20 fish, but basically I think we had about 15 fish caught in the bay. Several fish were caught off the Indian Creek trough by boat trolling at the high tide.”

Carey noted that the Rogue bay water temperature was 69 degrees and higher, which is the perfect scenario for trolling the bay. So expect the action to pick up as July progresses.

“The fishing has been pretty good here,” said Sam Waller, owner of Jot’s Resort on Thursday.  “I wouldn’t say it’s red hot, but it’s early still and the fishing has been pretty consistent. I know that Ross (Ross Bell Guide Service) got a couple yesterday and lost a big one. There’s been a decent little bite going on. You can get a couple of fish now if you’re lucky.”

We’re talking salmon that average anywhere between 17 and 35 pounds.

Salmon Fishing Picking Up in the Oregon KMZ
Ocean fishing for salmon out of the Port of Brookings Harbor has been slowly picking up, with most of the successful fishermen getting up with the chickens so they can beat the windy seas.

One of the successful charterboat operators on Thursday was Captain Jim Bithell from Charthouse Sportfishing in Brookings.

“We got a few fish today,” said Bithell on Thursday.  “I had my brother and his grandkids on board. One of the kids got two fish in and my brother got one.  And we had three other ones one that we didn’t get in (there’s that 50-percent landing ratio). So all in all, we had a pretty good day. It wasn’t hot and heavy but we did manage to scratch a few.”

Anglers are not going very far out to sea to get their salmon.  The Chetco bay is loaded with anchovies which could be setting itself up for a feeder frenzy in the bay, which would be a similar situation to last year’s scenario.

In addition, Bithell reports that there are mega-thick schools of anchovies fairly close to the Brookings north and south jetties.

“There’s a lot of bait inside the estuary,” said Bithell. “By my boat there’s some pretty good-size schools.  And they’re not pinheads either; they’re pretty good size little buggers.”

On Thursday, there was plenty of bait between the red can and the whistle buoy, and because of the wind, most anglers didn’t go pass the whistler.  They just cruised along a baitfish edge and hoped for a take-down.

Which brings me to another point.  Find a good solid baitfish edge and follow it.  Most salmon do not like to chase down a lively anchovy.  They’ll be looking for those occasional stragglers that wander away from the tight schools.

So you might think about trolling a cut-plug herring through the baitfish edge.  Just remember that you can’t troll anchovies and cut-plug baits in the same boat.  Cut plugs are meant to work much slower while whole anchovies can be trolled faster.

“Right in about 80 feet depths seems to be the best area,” emphasizes Bithell. “And I like running Delta Divers.  Most of the fish that I’ve been catching have been running about 15 pulls on the side lines. So between 15 and 30 pulls is the range most people have been catching them.”

I guarantee that if the baitfish stay in the Port of Brookings Harbor’ harbor, the scent of the anchovies will definitely draw in some feeder fish from the ocean.  I’ve seen this scenario happen far too often, especially near July fourth.

ODFW Lowers the Rockfish Limit to 4 Fish
Beginning July 1, the marine fish daily bag limit will be reduced to 4 fish, instead of the 5-fish daily bag that occurred when the 2018 season opened.

The marine fish daily bag limit includes rockfish, greenlings, skates, jacksmelt and so forth.  Starting July 1, fishing for cabezon (limit 1 per day; minimum size 16 inches) will also open on the Oregon coast, and if you catch a cabezon, you have the option to either release it or include in your 4 fish marine fish daily bag.

The marine fish daily bag limit does not include lingcod (limit 2 per day; minimum size 22 inches). 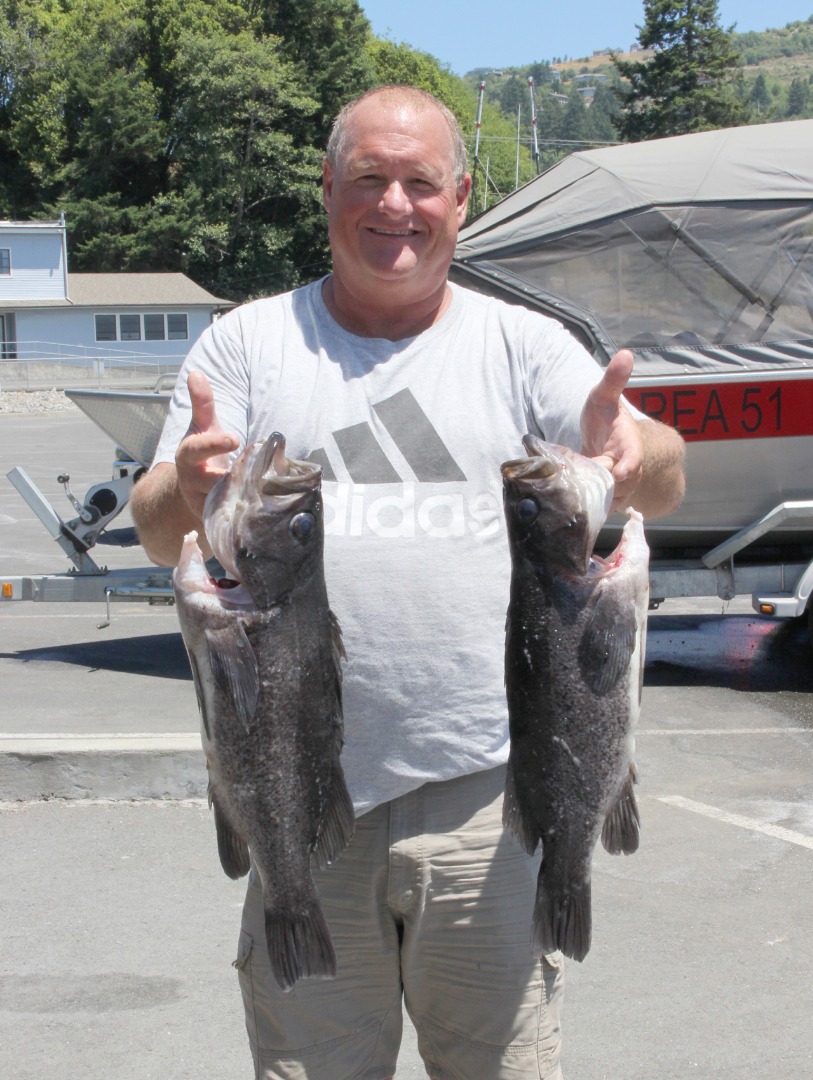 Jim McDaniels managed to limit out on some large black rockfish out of the Port of Brookings Harbor last week, photo by Larry Ellis. 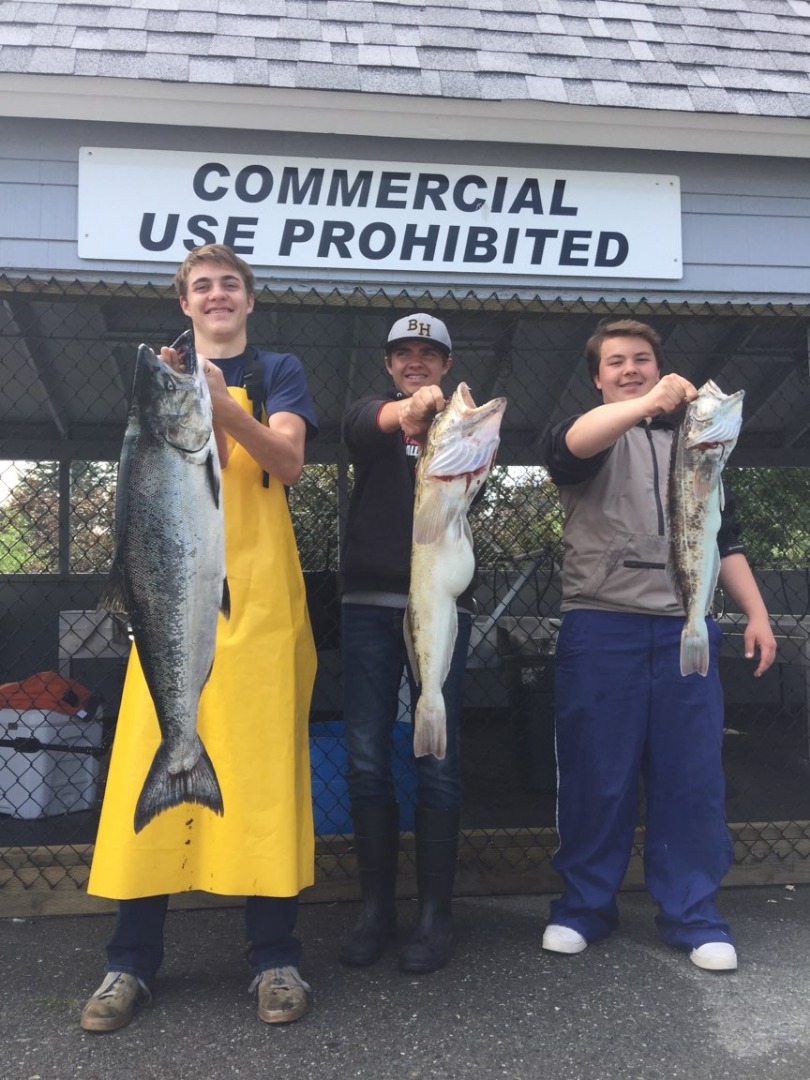 6-23-2018
Last week, seas as flat as a sheet of liquid mercury beckoned salty dogs to trip the bottom-grabber fantastic, and...... Read More 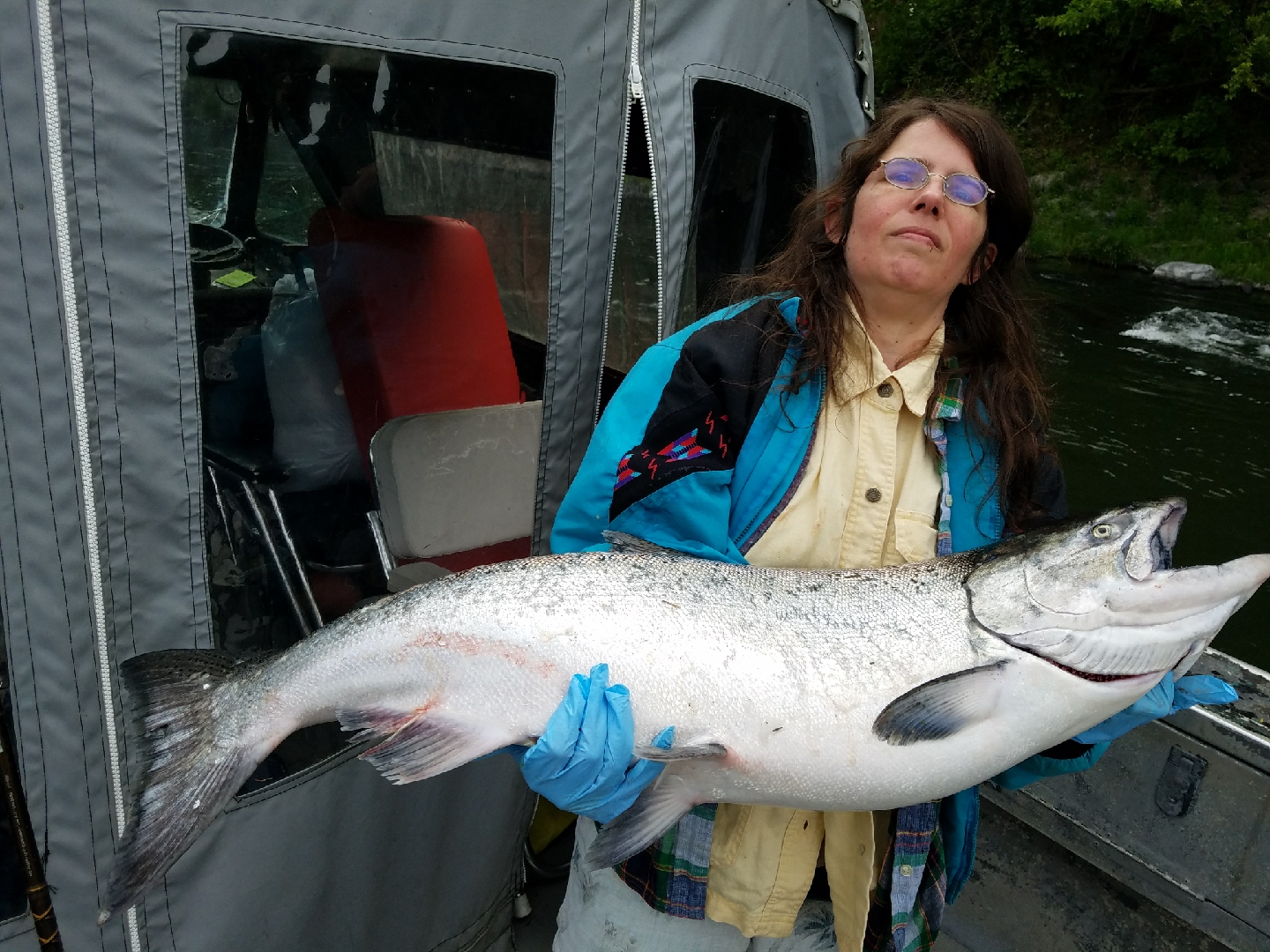