Salmon Are Booming in Oregon’s Rogue River. Dam Removal May Be Why. 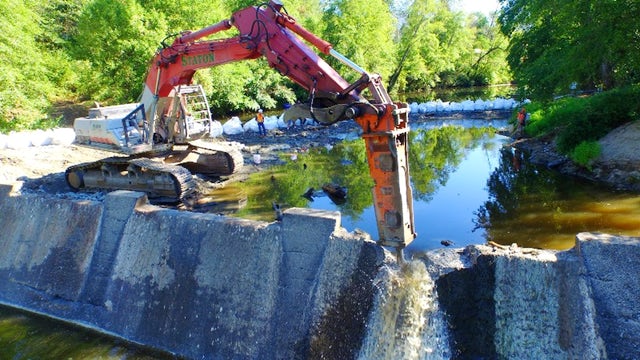 Wimer Dam on Evans Creek, a tributary of the Rogue River in Oregon, during demolition in 2015. It is one of eight dams to be removed or modified in the Rogue watershed since 2008. Photo Courtesy Scott Wright, River Design Group.

AFTER CHASING SALMON along the southern Oregon coast for 48 years, commercial fisher Duncan MacLean has developed a strong sense of who’s who at the end of his hook. This year, he says, most of the Chinook salmon he’s catching are likely from the Rogue River, where the state of Oregon and conservation groups have worked for years on one of the nation’s largest dam removal programs.

“From everything we normally see, I would think that they are Rogue fish,” MacLean said. “If you were to go back over history and look at the way the fishery resource acts, this is a good time for them to be showing up.”

If he is right, MacLean is seeing the ultimate reward from all that restoration work: Wild salmon surging back in the Rogue.

All the data are not in yet, and may not be for several years. But Daniel Van Dyke, East Rogue District fishery biologist for the Oregon Department of Fish and Wildlife, said early indications confirm MacLean’s assessment.

The results may hold important lessons for other Western rivers. That’s particularly true on the Klamath River in California, a hydrologically similar watershed where three dams are targeted for removal.

“I wouldn’t be surprised if commercial fishermen are catching a lot of Rogue Chinook right now,” Van Dyke said. “There are individual signs that are really looking encouraging, and I suspect are tied to the dam removal project.”

Dams started coming down on the Rogue in 2008, and the work continues to this day. In 10 years, eight dams have been removed or modified for fish passage on the Rogue and its tributaries at a cost of about $20 million, said Jim McCarthy, Southern Oregon program manager at WaterWatch of Oregon, an environmental group that has played a large role in the process. The work has restored 157 miles of free-flowing river.

Most of the dams were relatively small barriers built for water diversions and had fallen into disrepair. The most recent, Beeson-Robison Dam, came down in 2017 on Wagner Creek.

Although the dam removals began 10 years ago, the full benefit to salmon populations has only been measurable over the last two years. That’s because salmon have such long life cycles – usually three or four years spent in the ocean before returning to spawn in freshwater. This means the adult salmon being caught in the ocean now are the young of the first adults to spawn successfully in the free-flowing Rogue.

A section of the Rogue River in Oregon designated Wild and Scenic under federal law, just upstream of Blossom Bar, a notoriously difficult stretch of whitewater. (Photo Courtesy of Jim McCarthy, Water Watch of Oregon)

Van Dyke said it may take 20 years of data gathering before the dam removals can be declared a success for fish populations. But already some data paint a promising picture.

For instance, the Rogue’s fall Chinook salmon population has roughly doubled in each of the last three years, according to the Pacific Fishery Management Council, the interstate agency that sets salmon fishing quotas. Even more telling is that this period was a roller-coaster ride in terms of environmental conditions, including one of the most severe droughts in history followed by one of the strongest El Niño weather patterns.

This year, the population of Rogue Chinook in the ocean is estimated at 462,800 fish. That’s only about 20 percent less than the estimate for the Columbia River, a much larger but heavily dammed river.

“The recent returns, in the context of the poor environmental conditions, are signs that restoration is having an impact and is producing more fish on the Rogue,” Van Dyke said. “So that’s really encouraging.”

First, the state itself maintains a priority list of dam removal projects. This lends a stamp of legitimacy to dam removal efforts and helps focus money and effort, McCarthy said.

Second, Oregon has unique laws ensuring that water is dedicated to environmental flows. One requires water rights associated with hydropower projects to revert permanently to instream flow if the water goes unused for hydropower generation for five years. This helped in the case of Gold Ray Dam, a defunct hydroelectric dam demolished on the Rogue in 2010.

As a result, dam removal projects in the state often come with dedicated water for fish and other aquatic life. It’s a double bonus for habitat restoration.

“The Rogue is more resilient because of the additional flows and barrier removal,” said McCarthy. “We think it’s the combination. And we hope we can replicate that in other rivers. It’s a formula for resiliency amid climate change that will benefit everyone who depends on healthy rivers.”

MacLean is one of those. He pilots his boat north every year, all the way from his home in Half Moon Bay, California, in hopes of meeting his quota for Chinook salmon, one of the most prized wild-caught fish on the Pacific Coast.

“Oregon fishing has been part of my routine for a long, long time,” he said. “I couldn’t be happier for the Rogue River, and for its inhabitants, to see what’s going on here. And I wish California and Washington would follow Oregon’s lead.”

This article originally appeared on Water Deeply. You can find the original here. For important news about water issues and the American West, you can sign up to the Water email list.

Matt Weiser is a contributing editor at Water Deeply. Contact him at [email protected] or via Twitter at @matt_weiser. 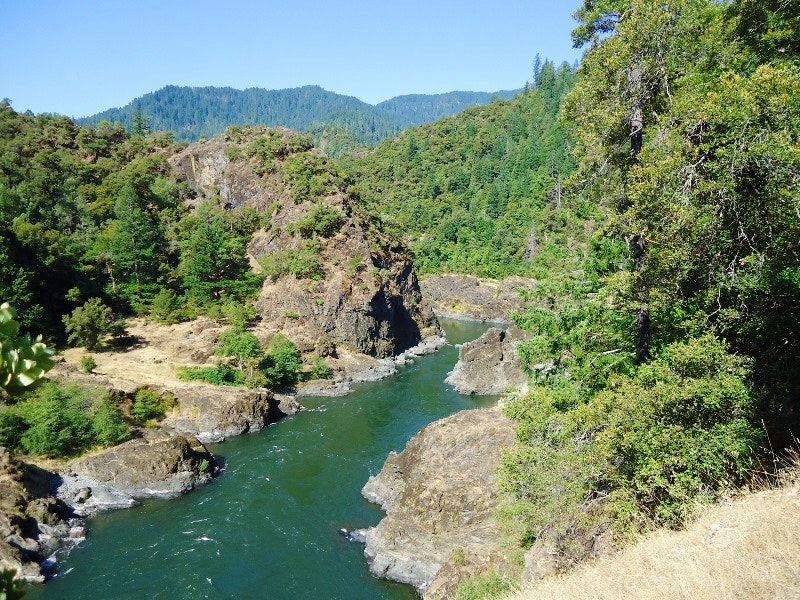 A section of the Rogue River in Oregon designated Wild and Scenic under federal law, just upstream of Blossom Bar, a notoriously difficult stretch of whitewater. Photo Courtesy of Jim McCarthy, Water Watch of Oregon. 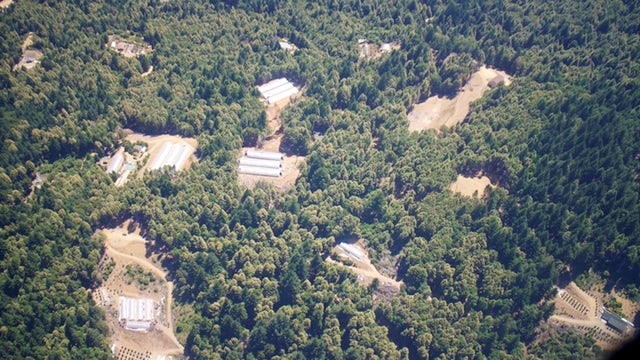 7-2-2018
[In Humboldt County, a conservation group is suing the government, arguing that a new ordinance regulating the local marijuana industry...... Read More 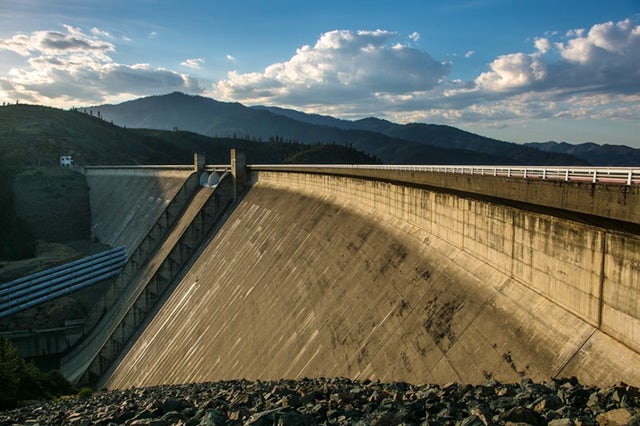 6-4-2018
Officials with the federal government seem determined to realize a controversial proposal to raise Shasta Dam and increase the storage...... Read More