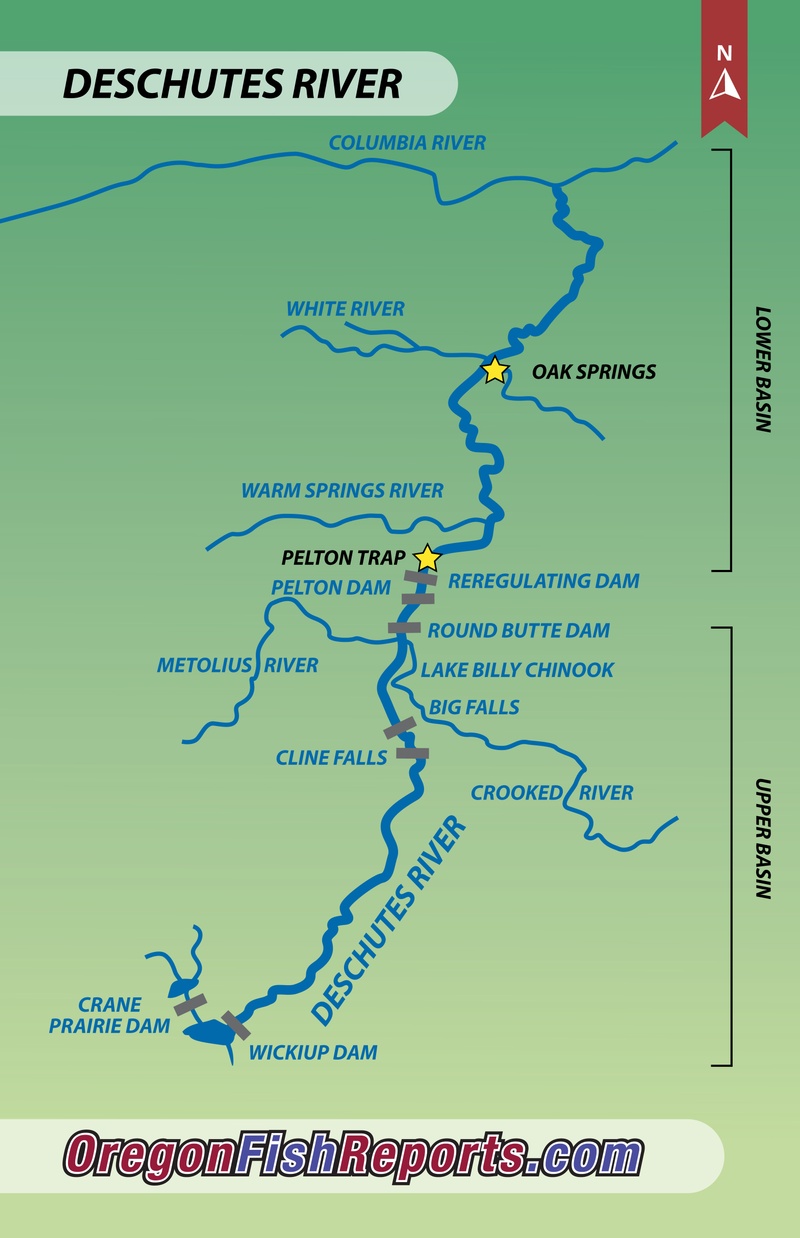 The Upper Deschutes continues to provide excellent opportunity for throwing dries to aggressive trout. The stretch between Little Lava and Crane is the most productive area to focus on as we continue to see high water temperatures on some of the lower stretches. There is no need to hit the water too early, as insect activity typically increases throughout the morning as a variety of Terrestrials and Mayflies make themselves available to the fish. The surface action is typically pretty consistent through the afternoon and into the evening. To maximize numbers, use a small Chubby or similar foam bodied terrestrial to float a small Mayfly or Stonefly nymph, which should entice the fish that aren’t willing to come to the surface. A 3 wt is perfect for the smaller waters of the Upper Deschutes, and will provide for tight lines throughout the day in the beautiful Cascades.