Slow start to the steelhead season 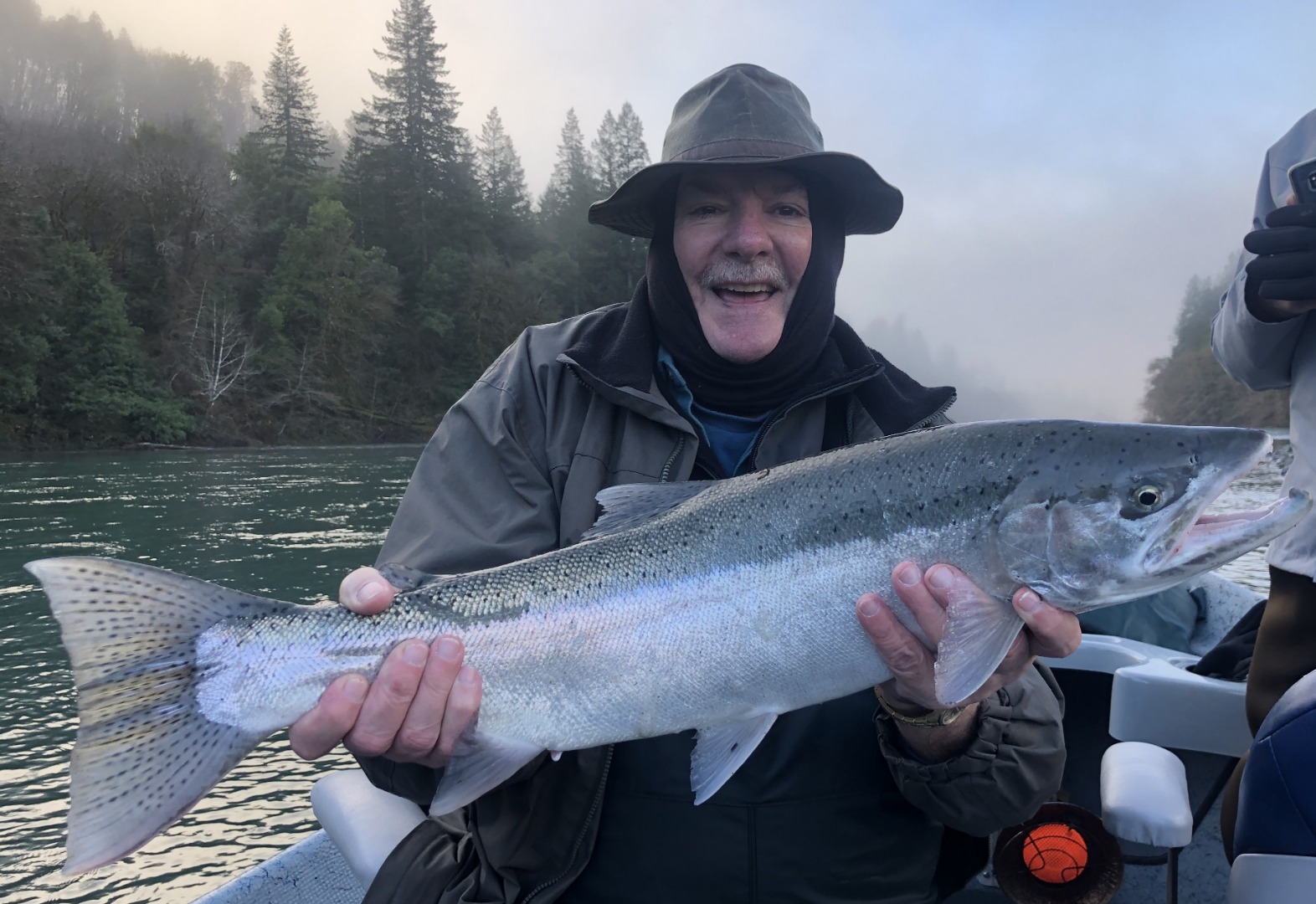 It’s been somewhat of a sluggish start to the winter steelhead season on the North Coast, and it’s hard to put a finger on exactly why. All of the coastal rivers saw a good rise on Christmas Day, but that influx of water didn’t bring much in the way of steelhead numbers. Granted, a handful of steelhead have been caught on all of the rivers, but not nearly as many as there should be considering the conditions of the rivers. Could this be the year we really feel the effects of the most-recent drought? Or has there been enough years between the drought and now that it’s no longer a threat? There’s certainly no shortage of theories floating around, but no one knows for sure. The good news is we have storms lined up that will trigger some very large river rises, let’s hope the steelhead are riding those waves into our coastal rivers.

Weather ahead
Rain is back in the forecast along the North Coast beginning on Saturday, with the possibility of an atmospheric river rainfall event arriving as early as Sunday. The Smith basin is forecasted to receive over an inch of rain on both Saturday and Sunday, with nearly an inch falling on Monday and Tuesday. Locally, the Eel and Mad basins could see up to two inches over the weekend. More rain is forecasted for Monday and Tuesday, where we could see up to an inch and a half. Light rain is forecasted for Wednesday, with Thursday and Friday both looking dry.

Humboldt Steelhead Days starts on Jan. 19
Year #6 of the HSD hatchery steelhead fishing contest runs from Jan. 19 to Feb. 23 on the Mad and Trinity rivers. Licensed anglers can sign up and register for just $10 online at www.humboldtsteelheaddays.com or in person at RMI Outdoors, Mad River Tackle, and Mad River Brewing Co. The three biggest fish measured, photographed and submitted to humboldtsteelheaddays@gmail.com are eligible to win all kinds of donated prizes. Even if you don’t catch the biggest steelhead during the contest, registered anglers can still submit a “steelhead fishing” photo to be entered into a side photo contest. The two photo categories are: Any generic steelhead fishing photo and take your kids fishing photo. All the upcoming HSD events are listed on the website and their social media pages.

“The Chetco has been fairly slow so far this steelhead season,” said Andy Martin of Wild Rivers Fishing. “Fishing was decent a few days last week during the high water, but was slow over the weekend as the Chetco dropped. A few fish are being caught daily close to Social Security Bar. This week’s rain should draw some more fish in before the river blows out next week.”

According to Martin, the bright spot on the Southern Oregon Coast has been the lower Rogue River. He said, “The lower Rogue in Gold Beach turned on this week. More anglers were fishing Jan. 1 with the annual regulation change that allows the harvest of wild fish. The guides on the water on New Year’s Day reported good fishing while on anchor and running plugs.”

Smith River
Flows dipped under 7 feet, and the river is low and clear. Most of the boats have moved to other rivers, and reports have been hard to come by. Hopefully the next big rise, which will hit on Saturday, will bring in a good push of fish.

The main stem dropped into shape over the weekend, and is probably your best bet for the next couple days. The rains forecasted for Saturday will blow it out beginning on Sunday, with flows predicted to reach nearly 16,000 cfs. Boats have been averaging a handful of hookups per trip this week.

South Fork
The South Fork was below 600 cfs on Wednesday and starting to clear. Scores were best above Garberville earlier in the week. Boats fishing the lower end were getting a chance at one to two fish per day.

Van Duzen
The Van Duzen was down to 250 cfs as of Wednesday, and low and clear. The fishing has reportedly been slow, but a few bank anglers are still giving it a go. Predicted for a big rise late Saturday, which should bring in some fresh steelhead.

Mad River
River conditions are ideal for fishing, but there isn’t a ton of fish round right now. A few fresh steelhead are being caught by the bankies and boats, but there’s plenty of zeros mixed in. As of Wednesday, flows were right around 340 cfs and the river had good color. All this will change by the weekend when the next round of rain is expected to arrive. You should be able to get Saturday in, but the river will blow out on Saturday night. Flows are expected to hit 3,500 by early Sunday morning.

Trinity
The upper Trinity could use another shot of rain, but the steelhead continue to move up reports Steve Huber of Steve Huber’s Guide Service. He said, “The mornings have been really cold, but we’re finding between two and four fish per trip. Your best bet is to cover a lot of water to find a group of fish moving. It’s been a mixture of hatchery and adults, with all methods working. With another good storm coming in this weekend, we’ll start to see the first of the winter steelhead coming in.” 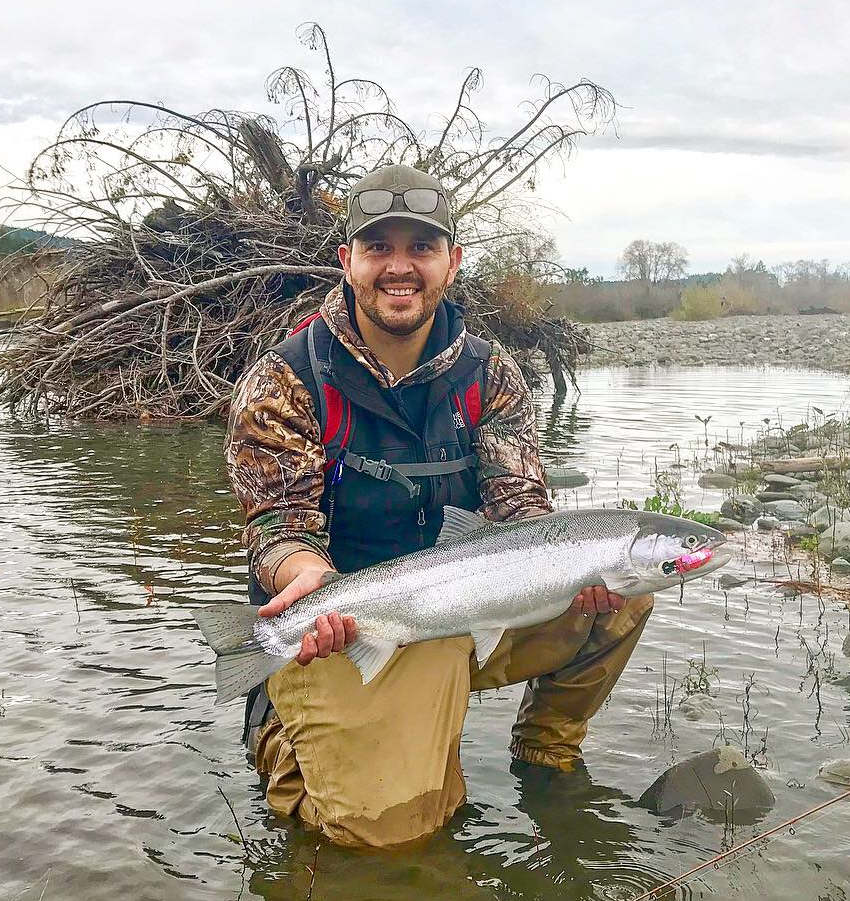 Rain – and hopefully steelhead – on the way 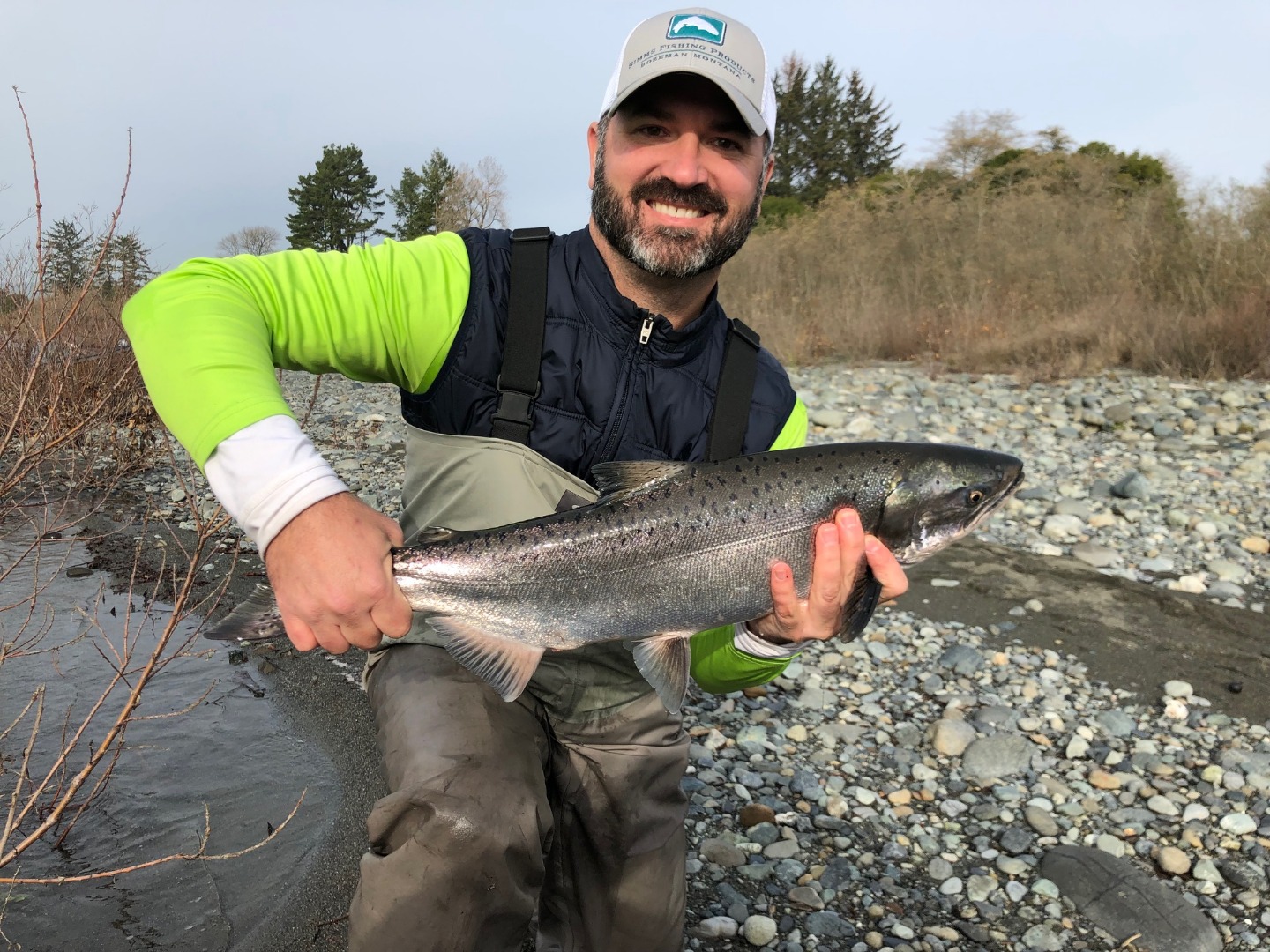