Spring Chinook fishing is in full swing on the lower Willamette, and Springers are being caught throughout. In the past week, anglers caught and kept 228 hatchery spring Chinook and four hatchery winter steelhead between Willamette Falls and the river mouth. Effort decreased this past week to just over 3,600 angler trips.

The lower Multnomah Channel by boat was again the best area for Chinook kept.

River conditions are slowly improving on the lower Willamette. Last week recreational fishermen kept 38 and released 22 spring Chinook. The most productive fishing area was from the river mouth upstream to the St. Johns Bridge, including the Multnomah Channel, where 21 Springers were kept and 14 were released.

Steelhead fishing continues to be slow, with only five hatchery fish showing up in last week’s creel survey.

Warmwater fishing can be another option for fishermen in the lower Willamette, Multnomah Channel and surrounding sloughs during the spring and on into the summer. Successful warmwater anglers tend to fish around bridges, pilings, wing dams, and other structures, which can be good spots to find warmwater fish, including walleye, crappie, and bass, which are plentiful in the Willamette.

Hydrological data for the Willamette at Willamette Falls on April 23 showed flows down at 33,900 cfs, visibility at 2.5 ft., and the water temperature at 53° F. 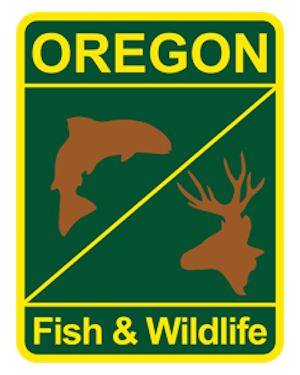 4-19-2019
The Commission adopted Pacific halibut and ocean salmon regulations at a meeting today in St Helens. Catch limits set by the...... Read More