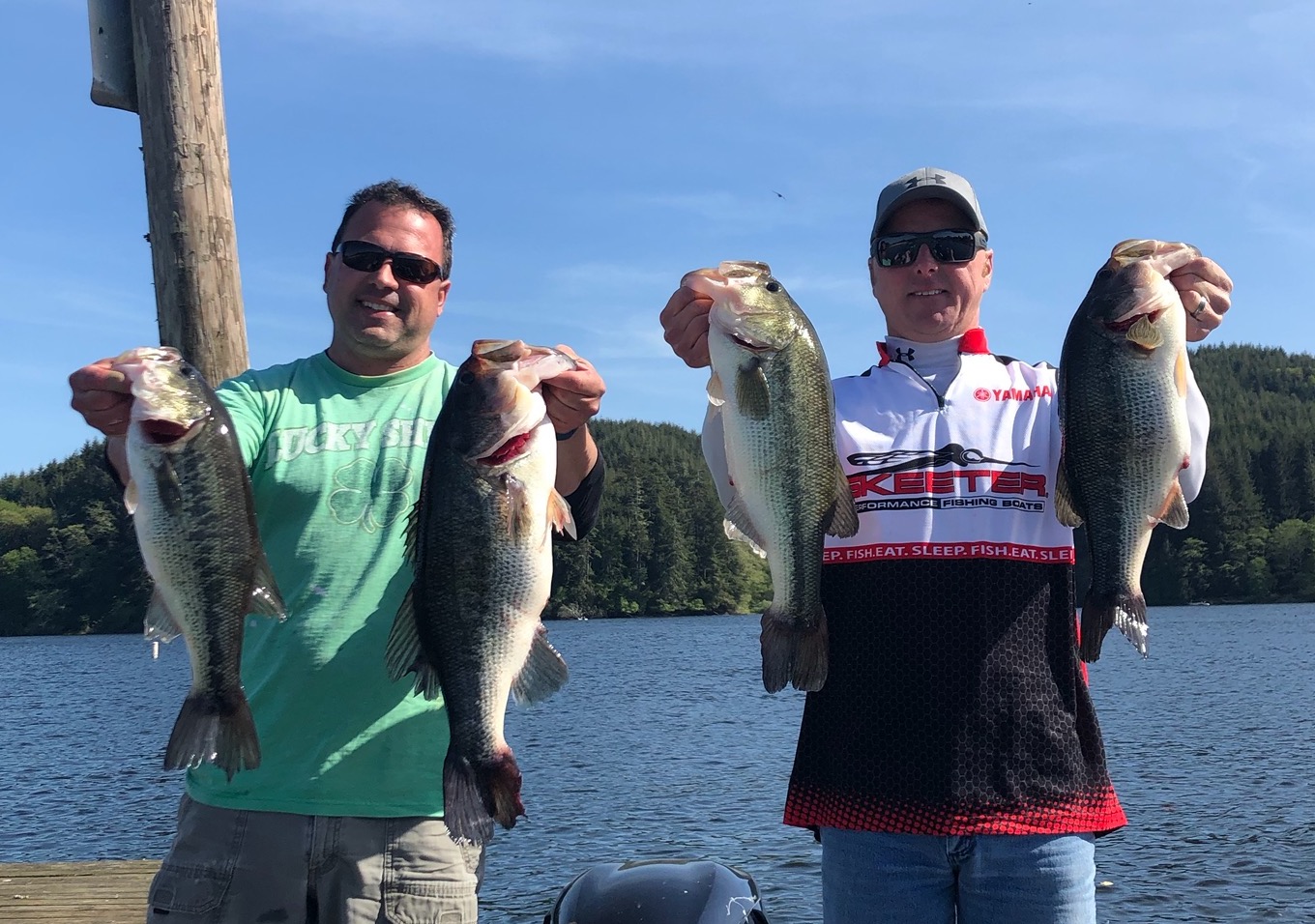 I fished the 33rd Annual Bassin’ for Bucks tournament May 4 at Ten Mile Lakes, Oregon. I had a great time on the coast eating fish-and-chips and hanging with my brother-in-law, Steve Breth, but we got clobbered with a five fish limit of 11.56 pounds.

The event was won by Jay Burford and Charles Adams from the Umpqua Valley Bassmasters club, which hosted the event. They weighed 21.33 pounds, including a 6.33 kicker that was big fish of the tournament. The top 30 teams had over 15 pounds.

We landed on the spawn. The morning started out cool at 40 degrees and we had dew on the boat. It was still, without fog, and water temp was in the upper 60s. There were some buck bass on beds, immediately, but the heavier females were hanging offshore nearby. We caught our only decent fish in 15 feet of water, but didn’t put two and two together until it was too late.

The winners reported catching their fish off the ends of docks in deeper water. Fish were being caught on Senkos, jigs, and Texas-rigged plastics, but later blades and swimbaits when the wind kicked up. A few guys reported topwater bites.

This event is always held the first Saturday in May and it’s around the spawn. I’ve fished it three times and it’s been very different each time. Some spawning had already occurred as fry were visible in a few locations, but most of the bigs were days away. That could be now. Be sure to practice CPR (catch photograph and release) on the big females.