Anglers are catching winter steelhead throughout the system 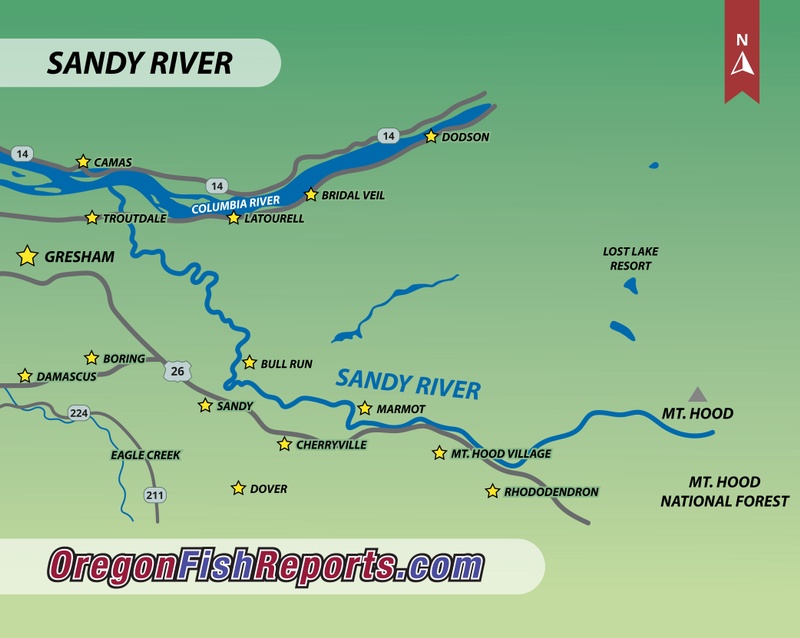 Anglers are catching winter steelhead throughout the system and catch rates should only increase in the coming weeks and months as river conditions allow. Traditional methods seem to work best when stage flow heights are below 13 ft.

Winter steelhead returns to the hatchery have been increasing the last couple weeks. Healthy hatchery steelhead are given a right gill plate hole punch and recycled to the lower river, so anglers can have another chance at catching them.

It's early in the season, but in many ways now is a great time to get out and fish. The rivers are not crowded and any winter steelhead you catch will likely be bright and fresh from the ocean. Truly a better eating and better fighting specimen. No matter what the report or river condition might be, you can’t catch fish at home and time spent on the water will always lead to greater success.

Flow and visibility on the Sandy are greatly influenced by each passing front and change in snow levels. Colder temperatures, as well as less precipitation means this glacially-fed system will not only be on the drop but will also clear up much more quickly.

Anglers should confirm access before they go. All Metro Parks and boat ramps (including Dabney and Lewis and Clark) are now open but may have modified operations. Check conditions at individual parks on Metro’s website. State parks and recreation areas appear open.

USGS hydrological data for the Sandy near bull run