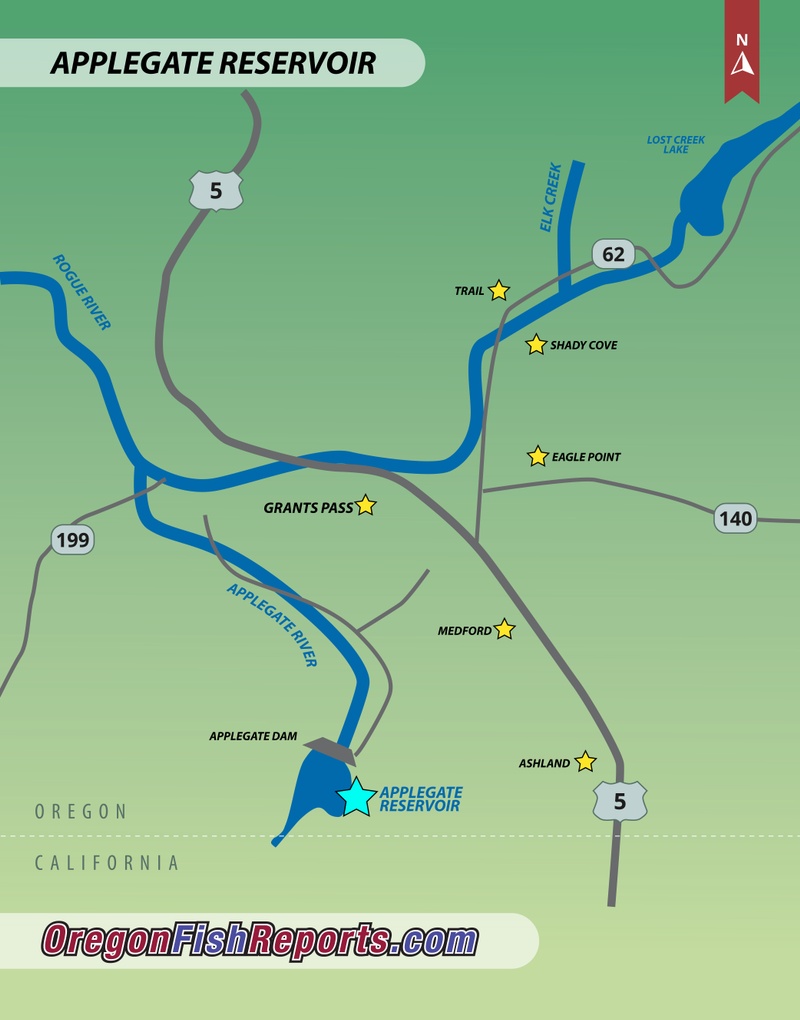 Winter steelhead fishing opened on Jan. 1. The Applegate on average has a later returning run of winter steelhead with fish typically not showing up until late February to March. The dropping stream flows aren’t helping this cause. Only hatchery steelhead may be retained in the Applegate. Best bets for a winter fish would likely be below Fish Hatchery County Park, the 199 bridge, or near the mouth. Or try fishing near the mouth of the Applegate, or do a float in the lower reaches.

As of Wednesday morning, the Wilderville stream gage was reading 236 cfs/2.28 ft., slowly dropping, and a chilly 39 degrees F. Water temps should bump a bit this week which should get the few fish in the system a bit more active. Water temperature is 41 degrees F and 151 cfs coming out of the dam. Flows from the dam have dropped off as the region hasn’t seen measurable precipitation in nearly a month. You can check the USGS stream gage flows on the Applegate when planning a trip.

Fishing for hybrid bass has been hit or miss

2-9-2022
Fishing for hybrid bass has been hit or miss with only a few reports coming in recently. As typical catch...... Read More